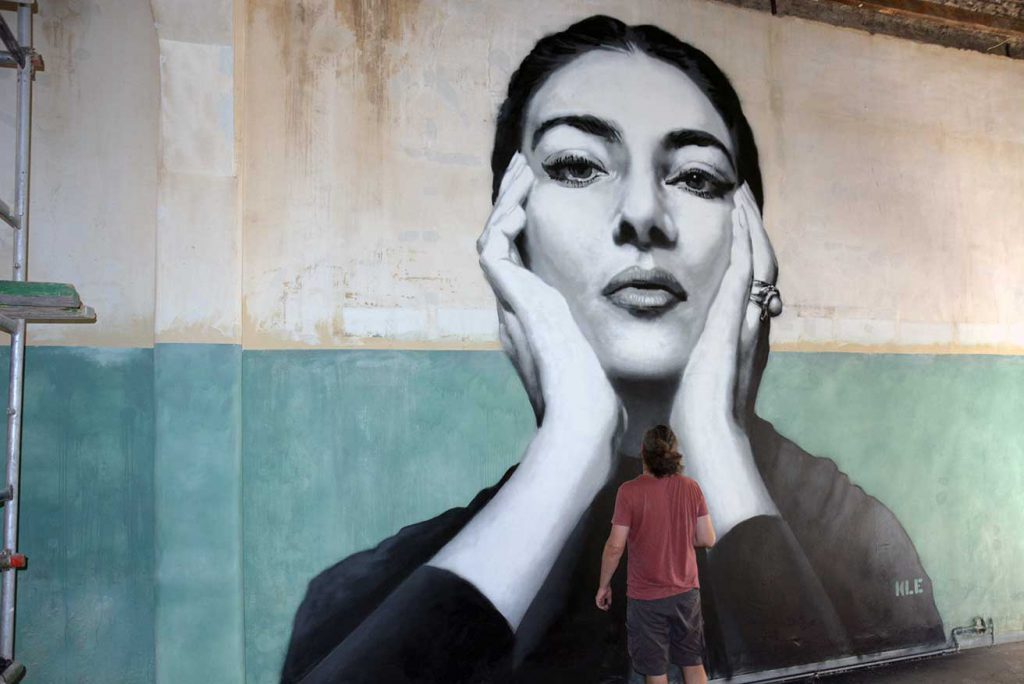 KLE or Kleomenis Kostopoulos is an artist based in Patras Greece, who has studied at the University of Athens of fine arts and with Postgraduate studies at the National Academy of Fine Arts, Stuttgart, in the area of Painting. He then continued studying in Berlin and earned a Major in Painting. After several scholarships and hard working as a painter he eventually returned to his home city in Patras where he quickly became active in the local art scene. KLE was invited to speak on TEDX and other conferences in Patras and has curated several exhibitions in Greece and abroad.

In 2014 KLE established the Organization and directs until this day the International Festival of Contemporary Art in Patras | RE-culture and created the 1st street art festival Patras | Artwalk.

During the recent years he has become more and more motivated to create his own works on public surfaces and has embraced the street art scene by creating his own murals as well as supporting the whole street art scene in Greece.