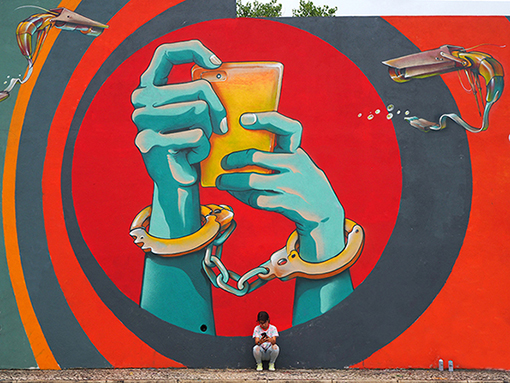 Werens, has been actively involved in national and international artistic circles for more than 35 years, mainly due to his dedication to the world of Urban Art. During this time he has generally focussed his attention on graffiti, despite the fact that he has, as you might expect, been associated with wall painting. Throughout this period he has also worked in other fields such as illustration, graphic design and audio-visual projections.

According to Werens, graffiti painting is the best way of bringing art to everyone, in collaborating with the idea of making the world a more agreeable place, and trying to offset the absurd thoughts of those who prefer grey, empty and lifeless cities. Werens is a firm believer in the fact that by introducing graffiti to galleries a new groundswell of possibilities could be generated in contemporary art, enriching it with a new language and a new vision of the current world.