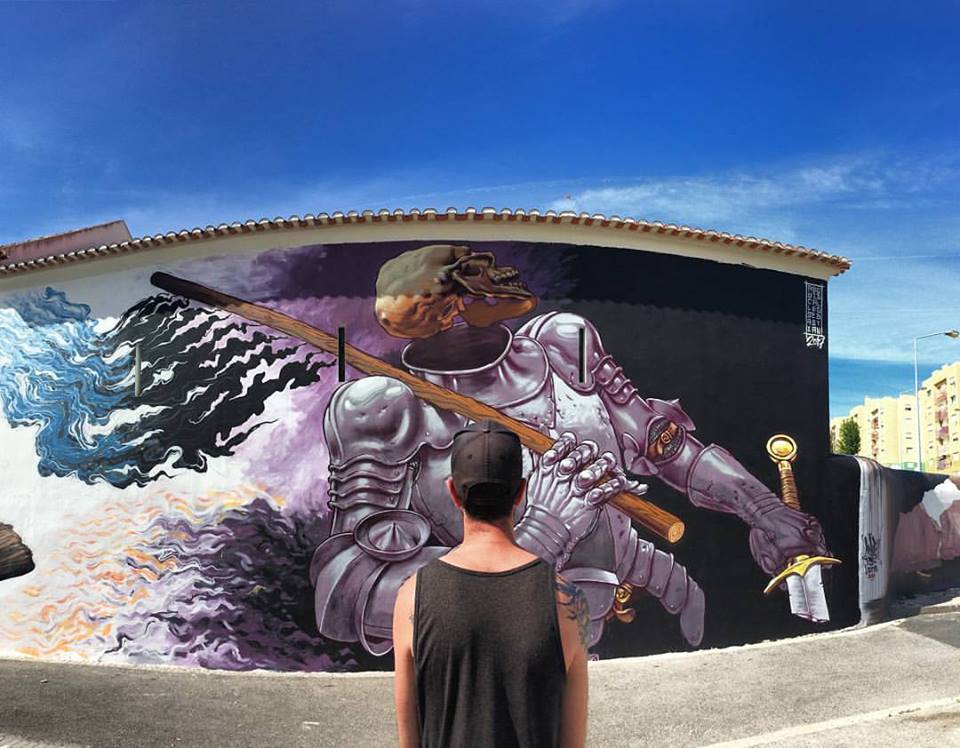 “A Squid called Sebastian” (ASCS) was born in Belmont’s small town Massachusetts. There, at a very young age, she first came into contact with her art of graffiti. He was immediately fascinated by it, although it was almost non-existent in Belgium, where his family moved in 1989. Nevertheless, he and his family traveled a lot and was able to see and be inspired by many classic renaissance and surreal masterpieces.

As a child and adolescent he always had a block and a pencil in his hand. The figures that can be seen in his works have a special style and character and look like a comic book. After graduating with honors, she worked on her track advertising for 2 years. This place did not satisfy him. So so in 2010, he turned his back on advertising and decided to concentrate to his own vision and inspiration. In 2011, along with 2 musician friends, they organized an art tour and music across Europe. The tour, 9000miles, was aimed at artists and musicians of each city that were passing through.

Since then it has been selected for 5 group exhibitions and frescoes in 10 different Countries. He has made many frescoes in Miami and took part in the largest fresco of Canada, in the Montreal fresco.