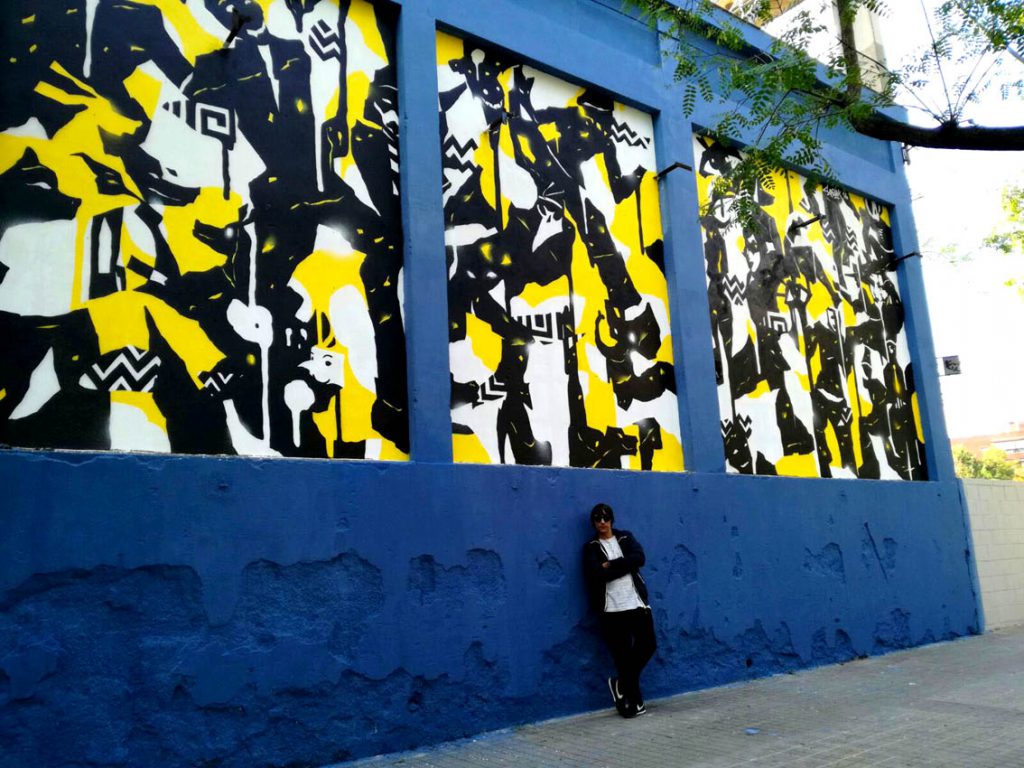 Fasim is an urban artist pioneer in Spain. In 1986, he met Henry Chalfant in Barcelona for a development meeting that set the style and the design of urban art for young Fasim. This gave rise to the development of different styles almost unknown on the Spanish peninsula, including the “Wildstyle” with its distinct style and character.
He traveled to Paris in 1992 to visit the studio of Jonone and the “Bad Boys Crew,” where he stayed a few days. He got to know the alternative creations on canvas that were happening at the Hôpital éphémère a historic squat of urban artists inspired by Jean Micheal Basquiat, Keith Haring, Rammellzee and A-one. Fasim enters in the 156 allstarz, legendary crew on Graffiti art in NY.
Upon his return from this initial trip to Paris, he began to develop his own adventure on canvas and paper. This was a precursor to the urban peninsula artists that would experiment with collage, assemblage, dripping methods, spray paint, and other materials for different paintings on paper or canvas.
In 1994, he met the painter, Popay, in Barcelona who is considered to be a pioneer and a great master of European street art.
In 1996, he traveled to Sarajevo where he came into contact with a hard reality because it was during the time after the war and when there was a cultural exchange between artists from Barcelona and Sarajevo. Barcelona donated painted buses to the city of Sarajevo to help with the reconstruction. They circulated free of charge. This trip started a change in his paintings, which transformed into a particular “urban expressionism.”
His work is now a range of paper and canvas. Also, he maintains active production of street art, which surprises any viewer when his work is seen in the city.
In 2015, he received the “Pinzell Cuixart” career award.
His artwork has been in museums, galleries, and on walls in Barcelona, Bilbao, Seville, Granada, Madrid, Valencia, Porto, Paris, Toulouse, Perpignan, Marseille, Sarajevo, Milan, Naples, Berlin, London, Switzerland and New York.