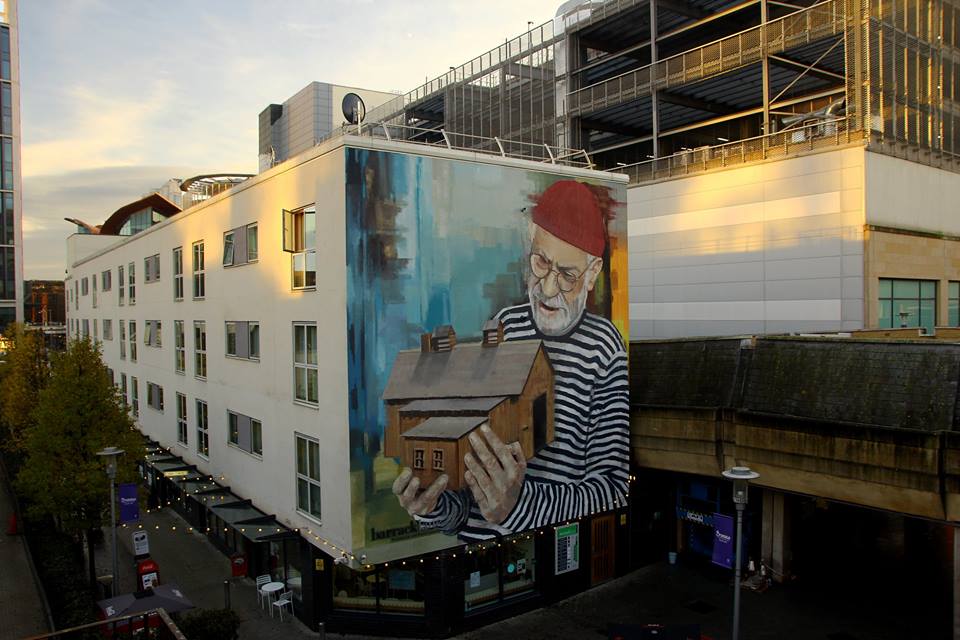 Wasp Elder is a socially engaged artist whose aim is to paint murals that communicate with people.
He often paints pictures populated by enigmatic figures and unstressed backgrounds, enticing a sentiment of an obscure journey.

His paintings present an evocative combination of solitary figures, collaged scenes, close-ups and obscured features. Through this working process he is able to present often marginalised figures through a dignified representation. Highlighting their humanity outside of the conflict that is seen to define them.
His work is an attempt to echo how we filter information around us with the result being presented like a blurred memory or statement, not the statement its self.

Sam also co-ran a DIY multi functional art-space called The Abacus as well asa street art project called Empty Walls. He has collaborated on many project across the world and continues to use his experiences to learn about people, place and environment.