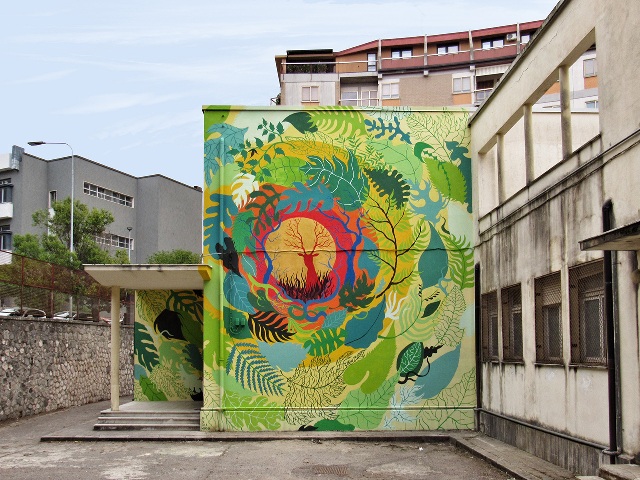 Gola Hundun (1982, Cesena Italy) his work shows the relationship between human beings and the biosphere. This consideration combined with the conscious decision to live as a vegetarian since the age of 16 positions the artist and his work closer to the animal sphere to the human sphere.

He explores themes such as, coexistence, ecology, shamanism, a return to the earth, vegetarianism, and spiritualism. Besides his work as painter, Gola Hundun also creates public installations incorporating wood, living plants,textile, music and live performances.

Gola’s first foray into the world of art began while studying at Ravenna´s high school of arts and Academy of Fine Arts of Bologna in Italy. In 2004 he moved to Barcelona, where he still living and working. Is Barcelona where his work has been influenced by the local graffiti making him decides to bring his creations back to the street’s walls.