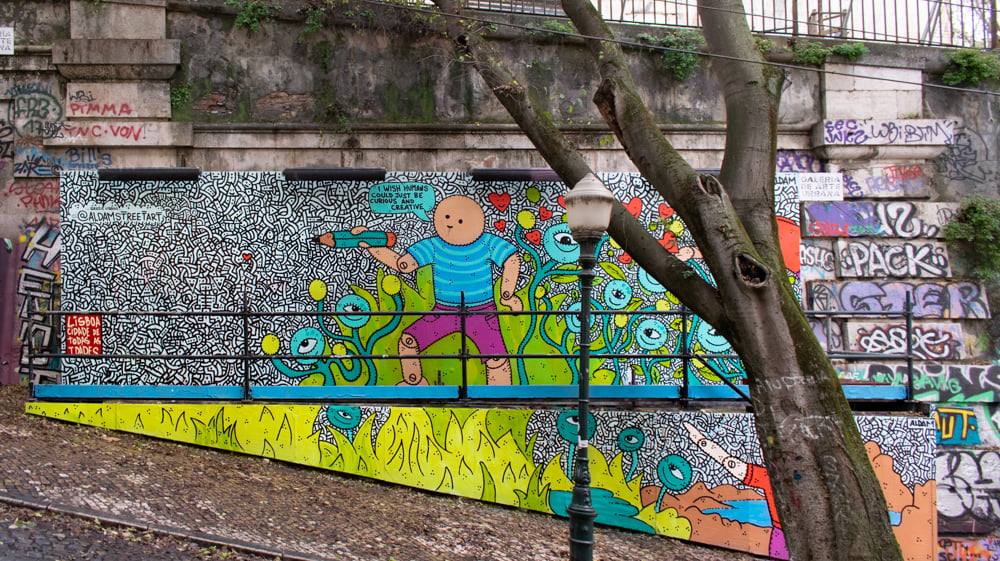 Andrea Scialò in art: ALDAM is an Italian, music producer, videomaker, singer, painter, street artist and globe trotter. Born in Naples in May 1985, he discovered his creative vein in middle school, armed with spray cans and mic, he converted feelings like anger and frustration into artworks.

Graduated in socio-psycho-pedagogy in Naples (IT), he began to travel and explore the underground culture. Leader of a ska-punk band from 2009 to 2019, he lived in Italy, Spain and France. He disseminated paste-ups and graffiti in numerous European cities as well as in every town hosting his concerts. He also realised event posters, album covers, and is the creator of a video clip series called Freak Fleet.

His artworks deal with the human fragility and the distortions of the global system with irreverence and delicacy at the same time. Aldam transfigures the world by representing it according to his own truth and to a disfigured and spiritless reality, he always approaches a message of universal love and an invitation to get closer to nature, and to a world founded on beauty, respect and depth of human relationships.