Our first interview with Nils Westergard

Nils Westergard is a recognised contemporary street artist from Virginia. His works have been exposed on the streets of several cities as well as indoor galleries . He has received a number of awards and has attended several  street art festivals mainly in the US and Australia. We had the priviledge to get his attention and below is the interview that was arranged in order to shed some light in what inspires him and drives his creativity. Read on and find out some   interesting facts that shaped the grounds of this upcoming great artist! Nils Westergard 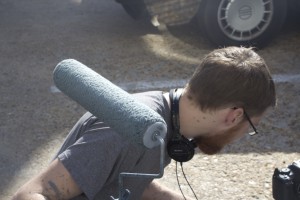 ISSA – Hi Nils, what would you like to drink? Coffee, Tea, Beer, Soda or something else?

Nils – Normally Id say water, but working on my thesis film this past month started me drinking coffee, so lets be honest and say Im brewing some now.

ISSA -Introduce yourself to us 🙂

My name’s Nils, hail from Richmond, Virginia – proud member of a crew of fools from the sewer.

ISSA -Where does your tag name come from?

I sign my pieces with a butterfly, it comes from a painting I did in high school that I started to re-use at a time in my life when things really started to come together.

ISSA -How do you define yourself? Artist? Street artist? Anything else?

I started painting theatrical sets in middle school, an older friend of mine at the time was doing stencils and I got into that and graffiti. Never looked back. My grandfather, Jos de Mey, was a pretty established painter in Belgium however.

I open up Paco’s cage and give the little guy some scratches! (See pic) 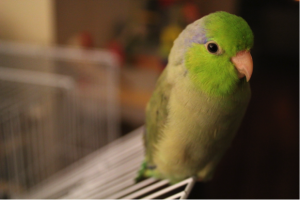 Commencement at the Obedience Academy by Aesop Rock. But my work already has musical accompaniment in the form of my animation Wallflower which you can watch here

-In all forms of art, inspiration is crucial. What has inspired you to create so far?
Love graffiti and the grittiness of the cities I visit. My friends are an enormous inspiration, and I stay listening to hip-hop, reading Gabriel Garcia Marquez, Carl Sagan, and watching all sorts of films. 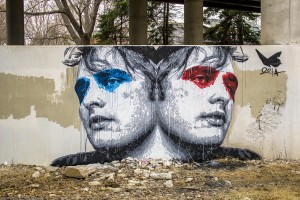 -Before going to paint, what is on your check list to have with you?

Paint, stencils, appropriate clothing for the weather, caps, brushes, rollers and some sort of pastry.

–Name 3 other artists you admire and why.

ROA – I met him about 2 years ago, he is from the same city in Belgium my mother is from. I spent the week talking to him, showing him around my city, and lent him my respirator. He made me realize that I could seriously pull this shit off. He has the life I want- constant travel and constant grind!
Aesop Rock – Hope you didn’t mean visual artists only. In my mind Aesop Rock is the greatest creative entity working today. His lyricism is creates a mood with so many subtleties. Ive listened to all of his music hundreds if not thousands of times and every single time I pick up on something new. I never get bored of it. And he supports some fantastic artists!

Matt Rea – Matt was the first person I met in college, and through him I met the majority of my friends today, so in that sense Matt completely changed my life. He is an incredible painter, and arguably the most solid guy I know. I cant believe how lucky I am to be close to someone who is so talented and also so kind. He has a flawless work effort and it clearly pays off.

-Which city would you name as capital of Street Art and why?

Melbourne! My roots are in stencils and that city is mecca for it. I visited this past summer and it blew my mind. Much love to all my friends down under.

-What other passions do you have?

Man, there are so many. But all of them are art-related variations of bringing my friends around the world. So lets go with that.

Well where is the fun if I give them all away? There is more than meets the eye, but Im also very big on having art be accessible to the masses, and while I love art that requires a lot from the viewer, that also shuts out a lot of people. Depends on if you’re looking at my political work, or my portraiture! 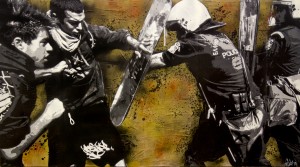 That’s part of the game, you don’t paint the street expecting it to stay clean.ß

Since I’ve gotten into street art it has been my defining interest, its crazy that lately its given me the chance to meet and work with people I have looked up to for years. While I feel like street art is sadly moving away from the street, I don’t think it will ever abandon it. Watching technology become part of the game is pretty wild 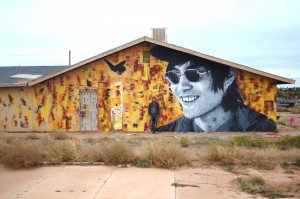 I guess that depends what kind of leader I am, am I in the UN? Am I president of the US? Belgium? I’ll assume we’re talking America because for better or worse that holds the most clout. I would raise the minimum wage to something people could actually live off of, nationalize health insurance so you don’t die because youre poor, decriminalize marijuana and other soft drug because the prison-industrial complex in America is a fucking joke, remove at least 25% of our defence budget and send it to education because my entire generation is entering the work force drowning in debt due to skyrocketing tuition rates- not to mention as a nation we are essentially science illiterate (if that was changed I feel a lot of other problems inherit to the system would be fixed), and every police officer in America would have to wear a camera that recorded all their interactions with members of the public, with the exception of some serious crimes if you are arrested and the officer cant provide the footage than your case is thrown out.

ISSA – Do you have a message you would like to express to the world or a certain community?

Nils: We’re all together in this.

ISSA – Thank you so much for your time Nils, we wish you all the best!

See more of his works: here 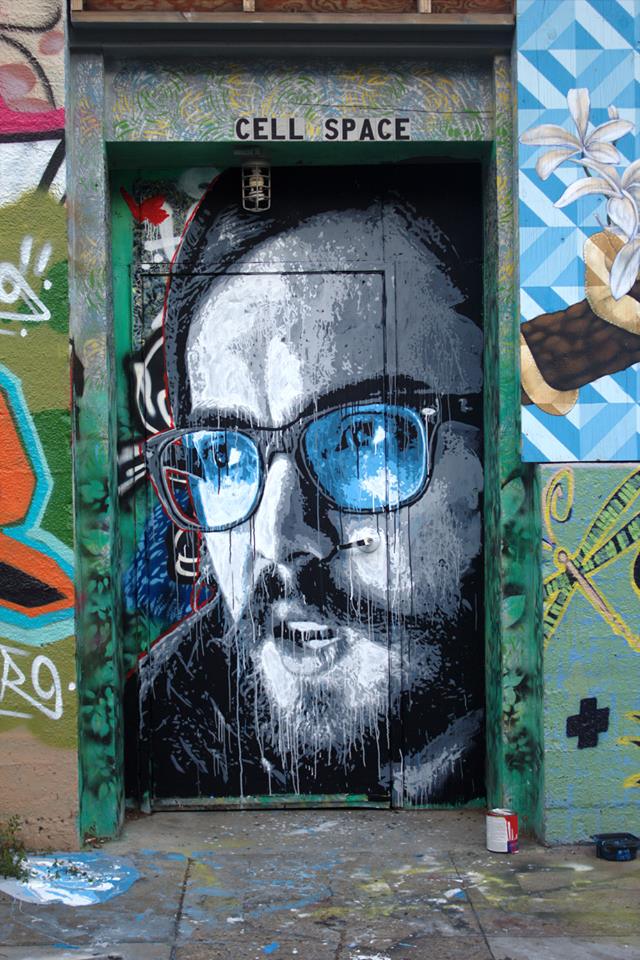