Just as we thought we had seen it all… Can street art be related in any way with the vast space we all live in? Yep and ‘The Orion’ is the one who will take you there with his spray cans. We speak to the talented Romanian artist who aims to bring people closer to all the space related facts and major discoveries. He is also a musician, but in another Universe!

(ISSA) -What you choose to drink? Coffee, Tea, Beer, Soda or something else?
(The Orion) – Right now it’s early in the morning and I’m drinking my hot black tea.

-Introduce yourself to our readers!
I am a self-taught mind fallen from the stars.
– Where does your tag name come from?
From the most recognizable constellation in the sky.

-How do you define yourself? Artist? Street artist? Anything else?
Ahhh, tagging yourself with a word, it’s so easily done today. It’s hard to know for sure in which category you fit in, who is capable to say that? I create a lot of things, starting from an early age in digital, then with spray paint, stencils, light painting, and recently with 3D optical installations.
Maybe a visual artist? 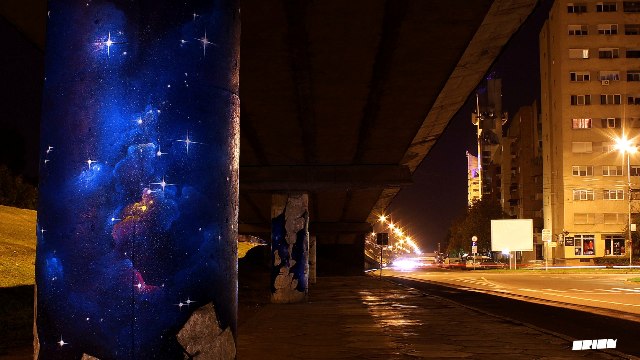 – How did it all start for you, and what is it nowadays?
It was when I stole my dad’s spray paint can, it made me realize that painting something permanent could be done so ultra easy. And still to this day, it feels more than just a tool we’re using, somehow connected with our body.

-What is the first thing you do when you get up in the morning?
It might be an unknown reflex of mine, but I tend to watch the sky often.

-Street art is mostly a visually stimulating form of art. To add one more sense to it, what music would you pick to accompany your art work?
Great question, and a tough one to answer too.
Boards of Canada – Reach For The Dead.

-In all forms of art, inspiration is crucial. What is it that inspires you?
Pushing the envelope into astronomy. Astronomy has its unseen power, its awe, the emotion that is at the heart of what motivates humans to do astronomy, in the same manner it exists to us. We are almost unable to see the real space with our eyes only.
But that awe feeds your mind with imagination and the need to grasp more. 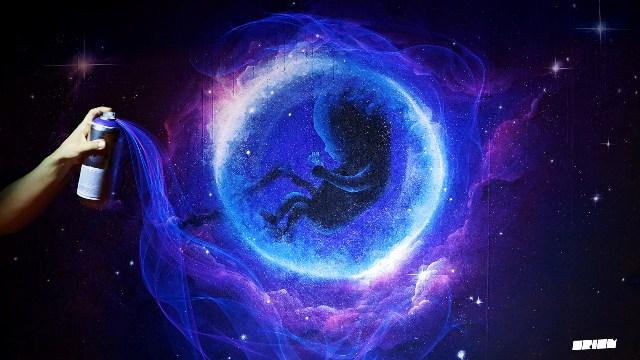 -What is the hardest part while working on a piece of art?
Knowing when to stop thinking about it and actually start to work on it.

-Do you have an artist(s) you admire and what for?
Richard Rowan.

-Which cities are the most inspiring for you?
I think that the most inspiring city has to be the one you’ve chosen to move into, otherwise it wouldn’t attract you in the first place.
For me, it’s more about the landscape rather than the city. The one place that I felt rooted to, was the Cliffs of Moher. 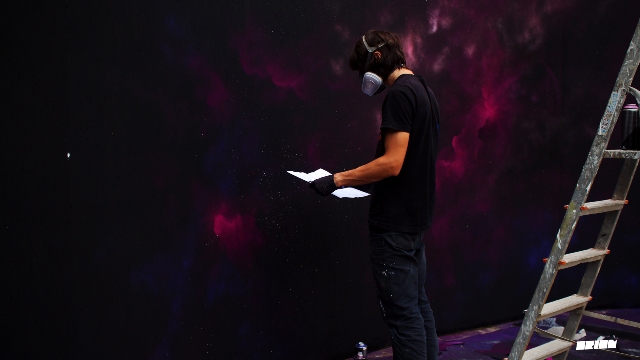 -What other passions do you have apart from art?
The most important ones for me are music and astronomy, right beside this large word that is “art”. If parallel universes are real, then in one of them I’m an electronic musician.

-Do you have a wild project that you dream of achieving some day?
Ha ha, I have some, but not that wild… if just budgets weren’t a hassle. Painting inside a dome would be one of those dreams.

-Tell us about your art, does it include symbolisms, messages or repeated patterns?
There are many things I could talk about, depending on the idea behind the project, but most of the time I like to insert only a number of seven things. 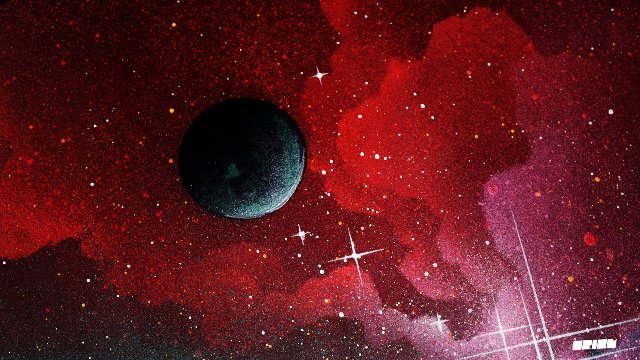 – How long time does a piece of art work of yours usually survive for?
Once it’s finished and out there, it’s slowly being absorbed by people’s eyes. It varies greatly on the medium and the surface it was made. I don’t recall having an issue with this.

-What do people first think of, or feel, when they see one of your works on the street?
When I’m working on something, the general idea is that they think it’s finished and congratulate me, although it’s still half way done.

-Do you have a secret you would like to share with us? 🙂
Lots of unpublished “things”, that I can’t seem to do something about them, both physical and digital. Some good, some bad, some unfinished… any recommendation? 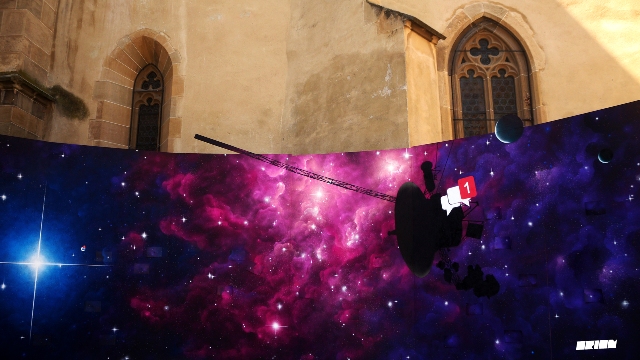 -What are your creative plans for the future?
Releasing more stuff would bring peace in my mind.

-Is there a specific thought or message you would like to pass to our audience out there?
Don’t get stuck on your own ideas.

Thank you! It’s been great to get to know more about the mind and person behind such talented and inspiring works. 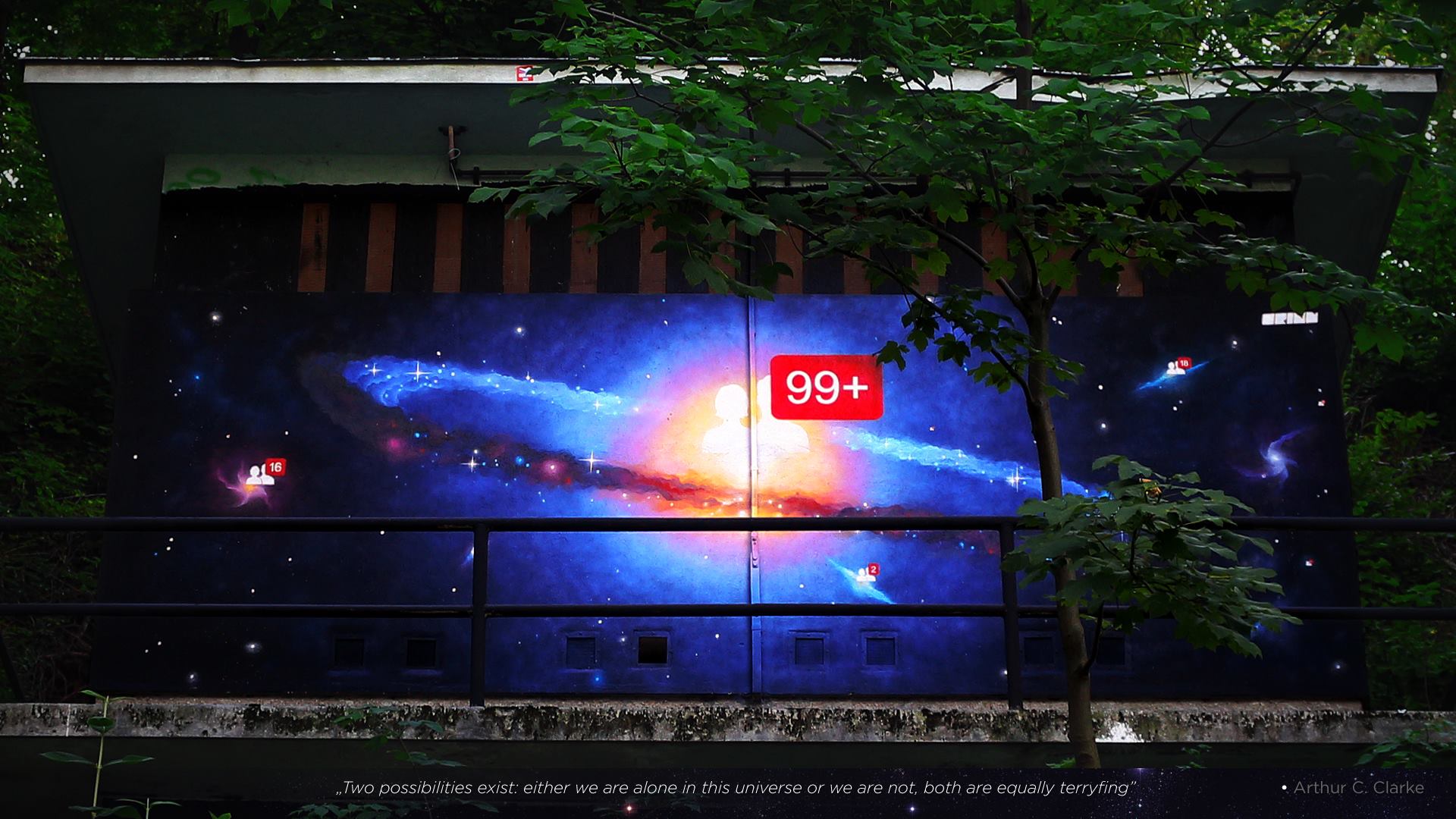 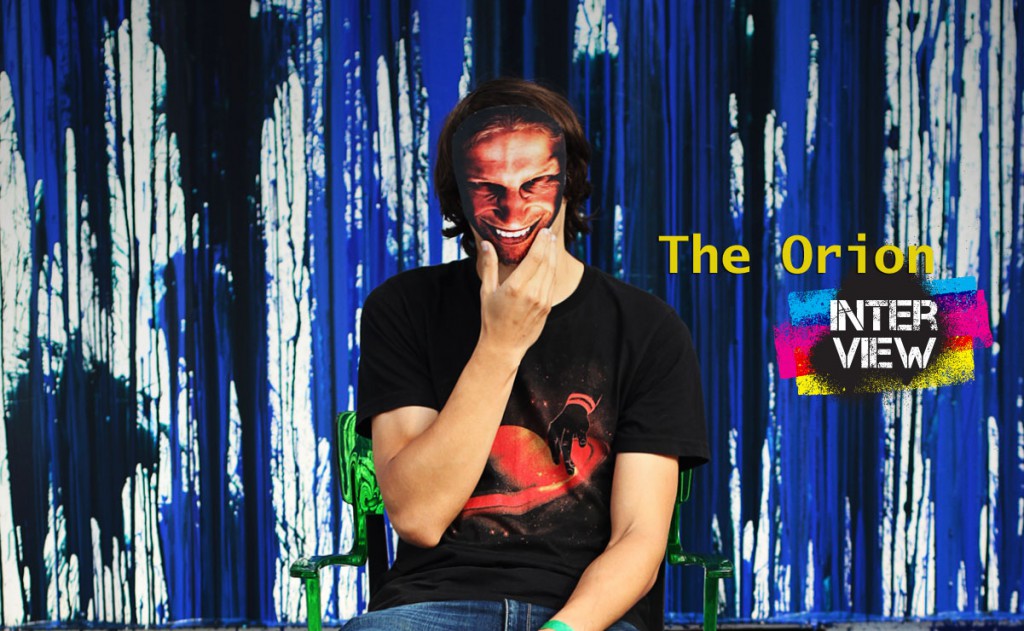