Our first 2021 Interview, features North American visual artist, Anthony Brooks. Discover more about the person behind the walls, what inspires his imaginative creations, his future plans and many  more aspects about this multi talented personality, in this delicious Interview.

-What would you like to drink? Coffee, Tea, Beer, Soda or something else?
Pretty much anything except for soda, though it depends on the situation. 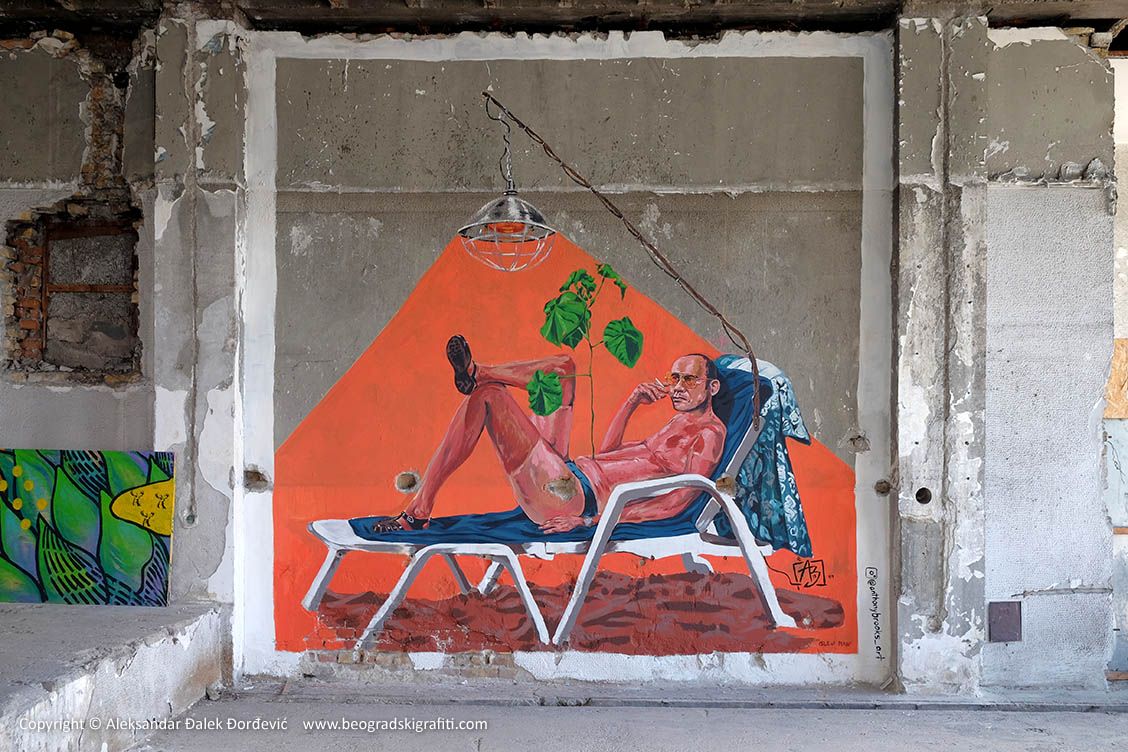 -Introduce yourself to us – as if we had no idea who you were!

I’m Anthony Brooks, a visual artist originally from the area just outside of Chicago, currently based out of Belgrade, Serbia.

-How do you define yourself and why? Artist? Street artist? Something else?
I think that I generally just define myself as a visual artist. I like to work with a lot of different mediums, depending on what I want my work to say or the meaning.

– How did it all start for you, and what is it nowadays?
It initially started with me wanting to be an animator when I was little. My grandfather is an artist and two of my other grandparents were hobbyist painters, so I think that the interest was always there. I went to art school in the US and then when I came to Serbia, I saw all of the street art and wanted to try that over painting things on canvas just so they can hang in a gallery or on a wall for a few people to see. From there, the story is still developing. 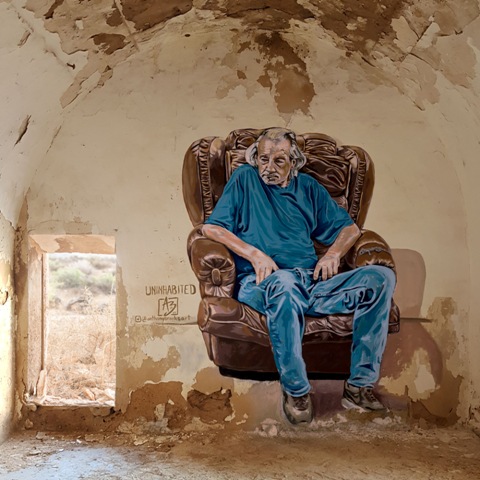 Usually I check what’s happened in the world while I slept and then work on language lessons while I have breakfast.

-Street art is mostly a visually stimulating form of art. To add one more sense to it, what music would you pick to accompany your art work?
That varies depending on what the imagery is. Some could be jazz, some hip-hop, some classical. I think it’s like film in that the soundtrack needs to relate to and enhance what’s taking place or what the director wants the audience to feel.

Daily life and the people that surround me. I take a lot of imagery from my day-to-day experiences and combine those with my own memories or those that others have told me. 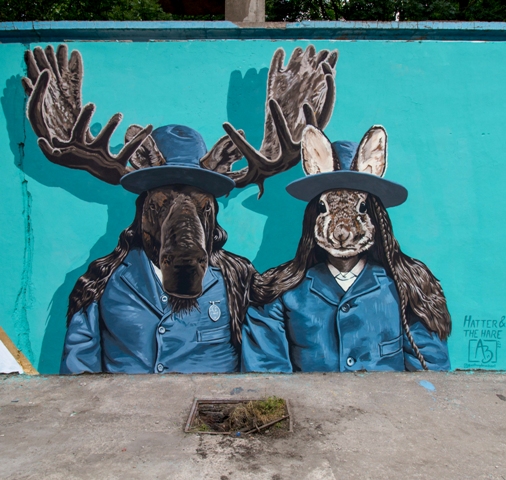 Starting the piece. Deciding on the imagery, message/theme, and composition are always the hardest parts. Once I start putting paint on the wall, it’s generally smooth sailing.

In terms of people within the street art scene, Emily Ding, Fintan Magee, and Axel Void, though all for different reasons. I love Emily’s paintings and the movement/life that she brings to each piece. Fintan Magee’s pieces are generally just really interesting to look at and from the interviews that I’ve heard, I like how much thought goes into them. As for Axel Void, I think I just find it inspiring how unabashedly straight forward his pieces are, even though some topics may not be “beautiful” on a wider sense, he finds ways to make otherwise very dark topics into stimulating works of art.

Each place is so different and offers their own inspiration, so that’s a really difficult question. Belgrade gave me the inspiration to dive in and start working full-time as an artist, but aside from that, I don’t think I have a list to give.

Where to begin? 😅 I have a lot of passions and am always trying to learn new things. I studied engineering and worked for several years as a mechanic, but also just like to build things and do woodworking. Currently I’m working on learning to animate both 2D and 3D, so I’m hoping to combine all of these skillsets into my art in various ways in the future.

I don’t think so. I generally try to have more broad goals, so I have a lot of things that I’d like to do, but nothing to pinpoint.

My work generally revolves, as I said earlier, around my life experiences. A lot of it is based on negative experiences or mental illness, though not explicitly negative in imagery. I use a lot of symbolism and generally try to tell a story as though the painting is just one frame of a film. It evolved from a fascination with expression and mental illness through some major events in my family and has grown as I’ve aged and traveled/met more people with varied mindsets. One repeating motif is that I generally try to avoid painting faces when possible as I’ve realized that many people tend to get hung up on their own similarities to the figure, whether that be by gender, ethnicity, or just physical appearance. Instead, I try to find plants or animals that are local to the locations of the walls and that people could have some prior experience with, in order to convey a certain emotion.

– How long time does your art work, on walls, usually survive for?

So far, until the paint fades. I’ve only been painting on walls since 2016, and I’ve only had one piece that was painted over that I know of.

-What do you think people feel or think of, when they see one of your works on the street?

I honestly don’t know. I’ve heard such varied responses and I think that’s because I do use a lot of symbolism and there’s a certain level of abstraction and surrealism that allow people to interpret the pieces in very different ways. 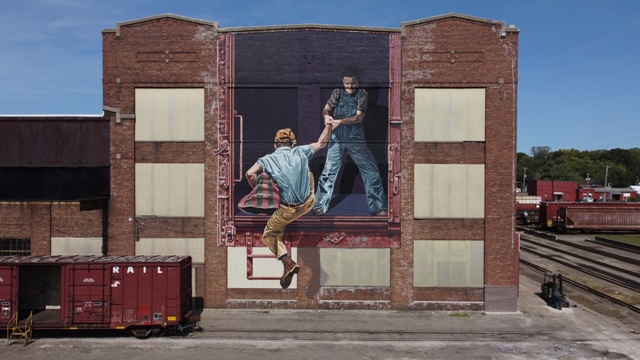 I’d like to move to Berlin in the next year or so, COVID-allowing. I know that the art scene there is already pretty saturated, but I’ve already painted 12 (maybe more?) pieces here in Belgrade and I’ve always moved very 2 or 3 years so I think it’s time (coming up on 5 years here now). I’m looking forward to a new setting and being surrounded by so many other creatives to learn from and bounce ideas off of.

No, nothing that I haven’t already voiced publicly. 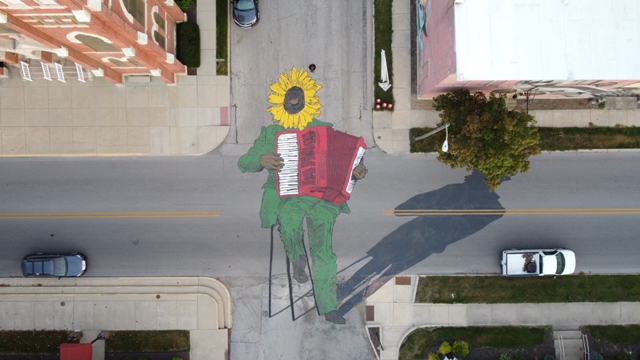 Just that I’m really glad to see so many people who both support and engage with street art, and that they’ve both allowed me to do this as a career, while encouraging me to continue. I just hope to pass that on.

Thank you! It’s been great to get to know more about the mind and person behind such talented and inspiring works.
‘’I Support Street Art’’ team. 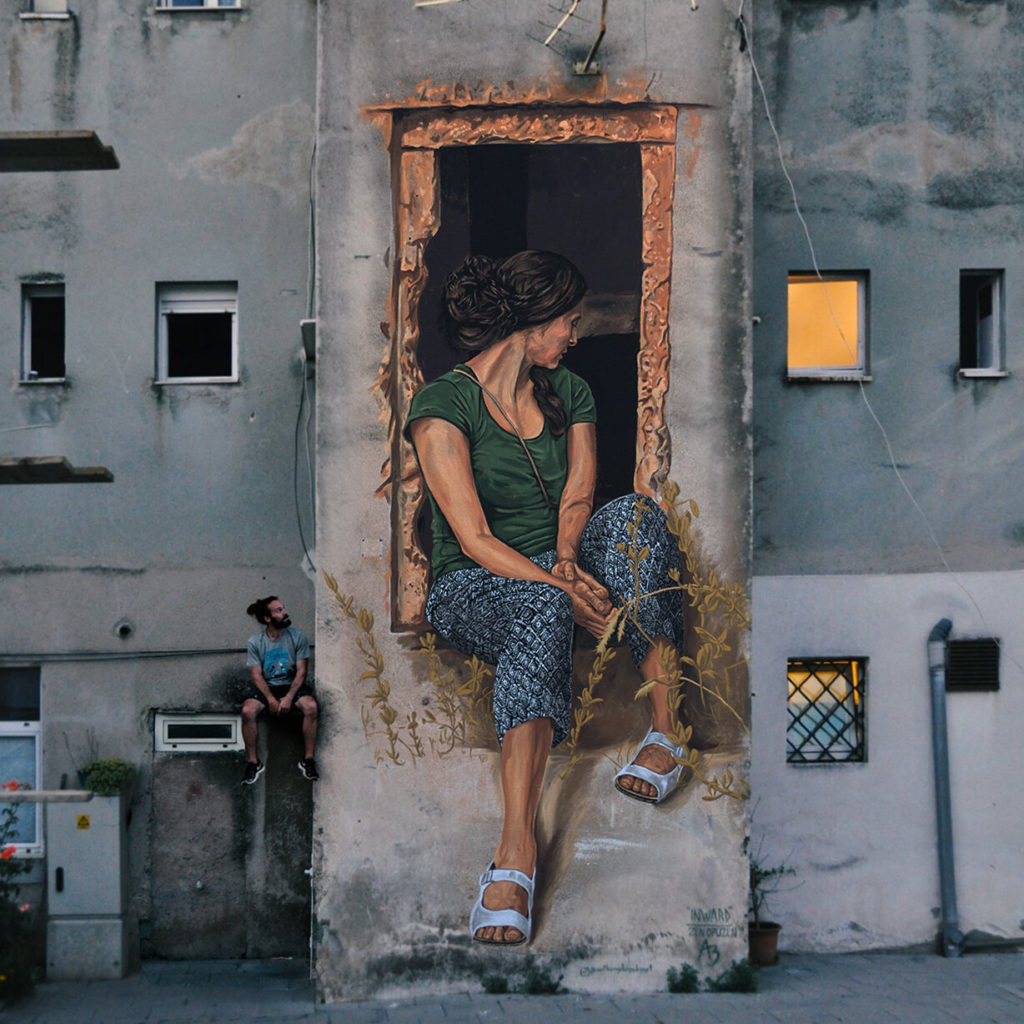