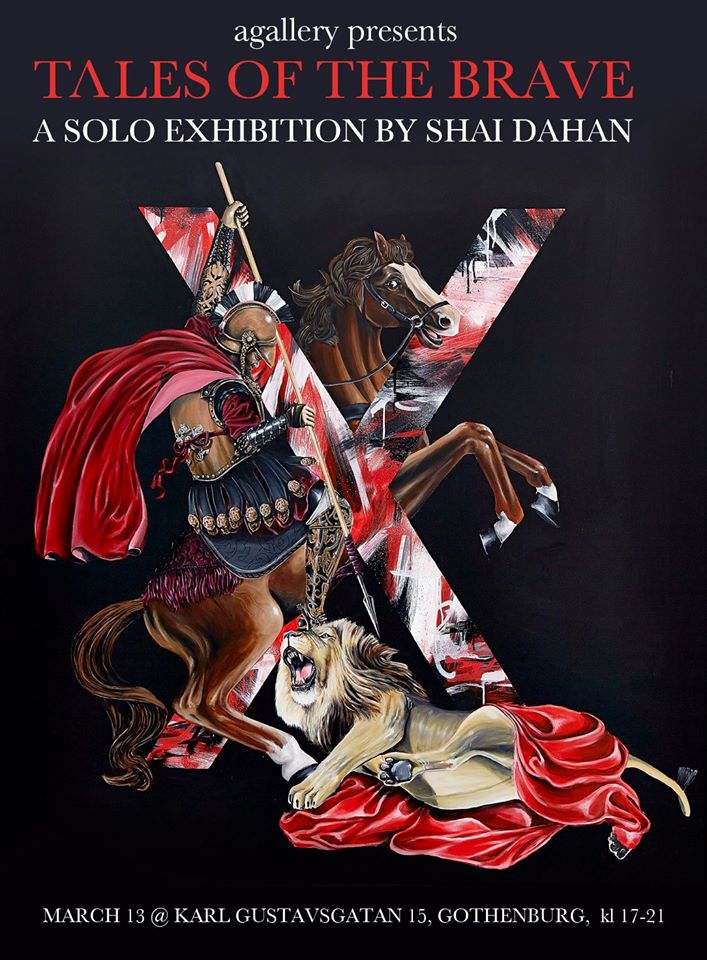 Shai Dahan is presenting on Friday, March 13th at Karls Gustavsgatan 15 , in Gothenburg (Sweden) curated by David Franzen for AGALLERY.

”In his new solo show – Tales of the Brave – Shai Dahan introduces a new page for us. He moves between a chaos of vibrating spray paints and more traditional painting. This time we see more details, and fewer explosive sprayfärgs pattern than what we have seen on his canvases before.

In Tales of the Brave, we see large canvases with motifs mainly inspired by Roman art and with elements of baroque future greats. The works of art in itself gives us a sense of Greek mythology. The new collection, joins a conceptual theme, offering a greater depth and a deeper meaning than what we’ve seen before. The characteristic spray painted the faces are gone. Instead, we see traces of them in the background pattern in the form of Roman numerals. 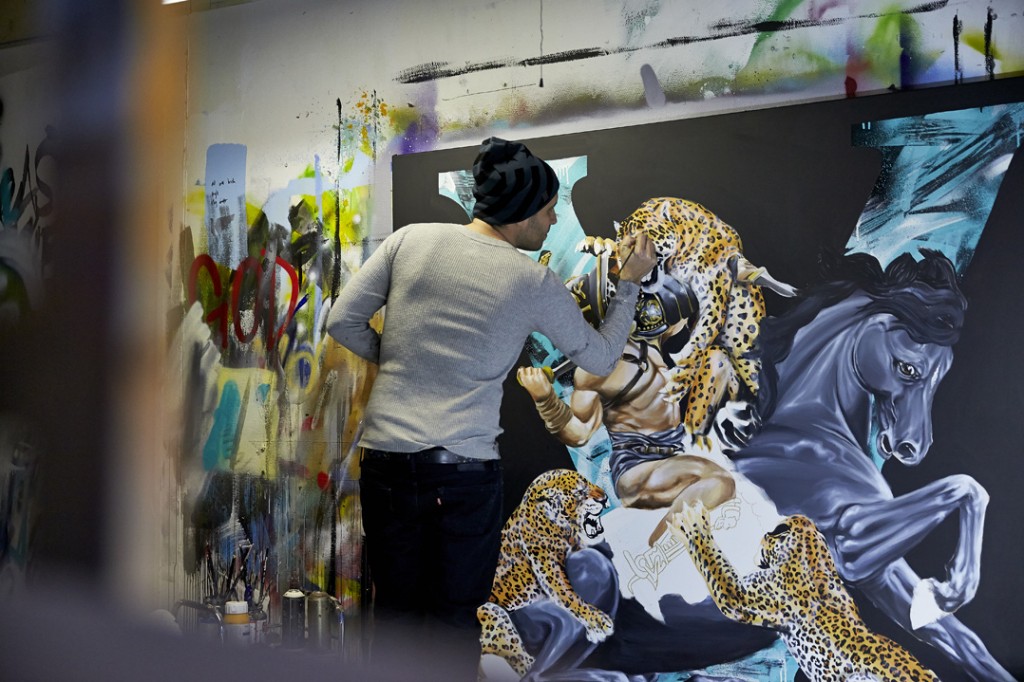 “Tales of the Brave” is indeed a fitting title for an exhibition where Shai Dahan portray heroism, death, life and struggle in a beautiful and interesting way. At the same time, he shows us that he is willing to take on new challenges and explore the works of old masters in a new modern way.”

Written by: Anders Kihl (from Sweden)