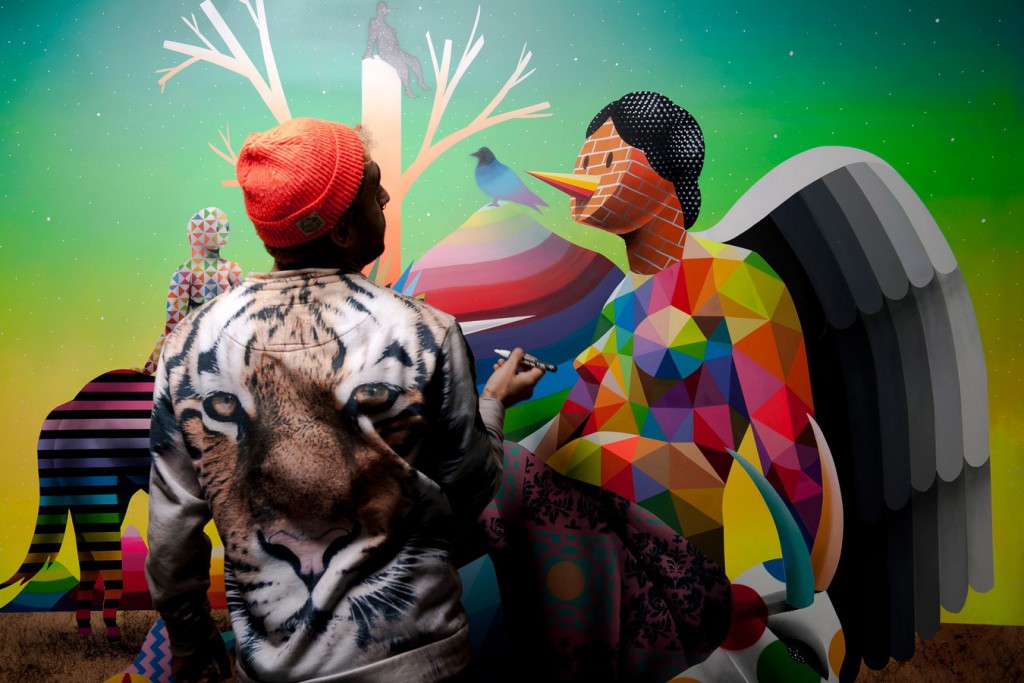 In ‘Lost Olympus’ Okuda offers us a representation of the mythological idols and characters from ancient Greece as contemporary icons through his geometric structures, multi-coloured patterns and dreamlike scenes as part of his continuous reflection of our contradictions, longings, intuitions and beliefs.

Okuda’s work reflects a surreal world of geometric colour and pattern. Exploring existentialist contradictions, the meaning of life and the false freedoms of capitalism, his work has been classified as a kind of pop surrealism.

A certain existential restlessness and a deep curiosity for the history of the different cultures that he finds in his way have led him to admire the form chosen in each of them to represent their gods, legends and myths as a repertoire of images and complementary concepts. 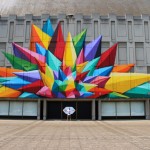 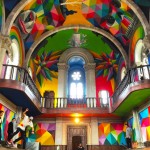 Deities created to appease the dissatisfactions of society and the uncertainties of our existence that are projected from an infinite universe in which nature is our only certainty.

Working in with spray paint, embroidery and sculpture, his work depicts deconstructed animals and bodies. Easily recognisable by his use of shape and colour, his work creates its own iconographic language.

In 2015, Okuda took on his biggest project to date, painting the entire inside of a former church as part of its transformation into a public skate-park. The scale and impact of the project its truly mesmerising, and we are excited to see him transform StolenSpace into part of his vivid world.