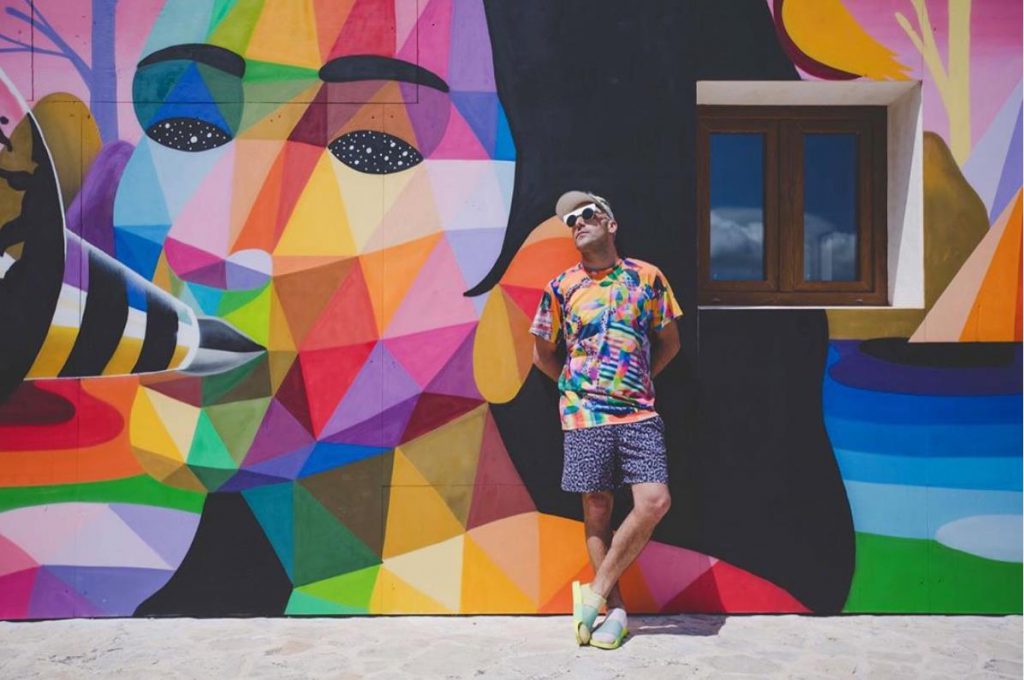 Oscar San Miguel Erice, known by name Okuda San Miguel is a multidisciplinary artist originally from Santander. Okuda’s work can be classified as pop surrealism with a clear essence of street art or urban art.

The works show contradictions about existentialism, the universe, the infinite, the meaning of life, the false freedom of capitalism, and show a clear conflict between modernity and our roots, ultimately, between human beings and the same.

His evolution extended its frontiers in recent years and researching new media and forms of expression: installation, sculpture and photography mainly.