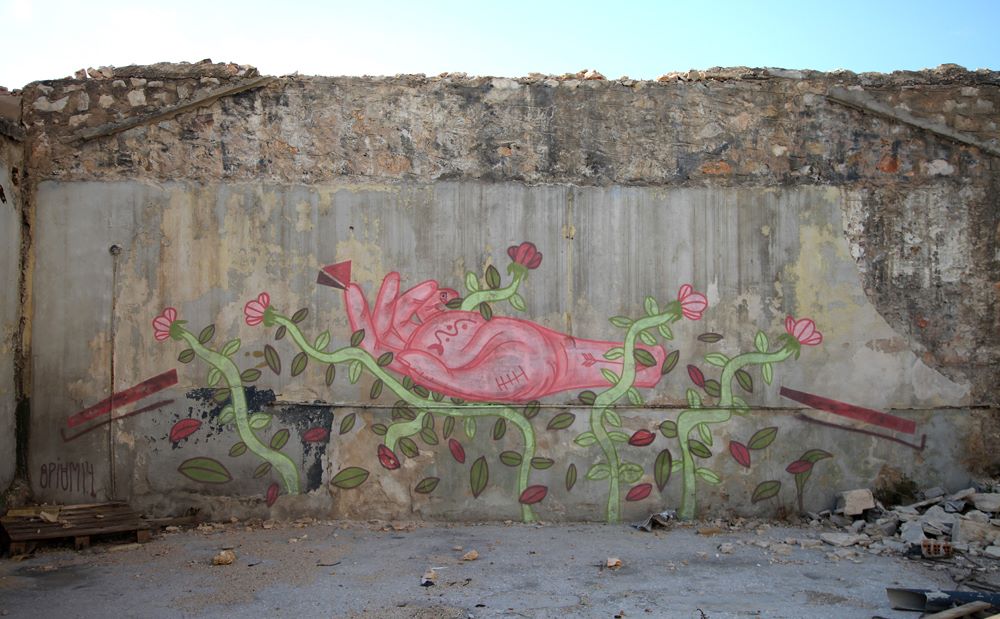 THISISOPIUM is a muti-disciplinary artist from Athens/Greece, born in 1990. He is currently based in London, UK, doing an MA in Visual Arts/Illustration at the University of the Arts London. He works inside and outside using a wide variety of mediums. His main interest though is creating public murals. Through the years he has collaborated in a variety of projects with artists from every background, exhibited solo in Greece and in group shows in the UK, Mexico and Spain and left his mark in various countries among the world, from Spain and Germany, to Greece and India.

His work in the public space is based on a visual language full of spiritual symbolism, using nature and our detachment from it as a key-point to discuss consciousness and the human condition with references that range from primitivism to surrealism. His work has been featured in numerous publications and belongs in private and public collections in Greece and abroad.