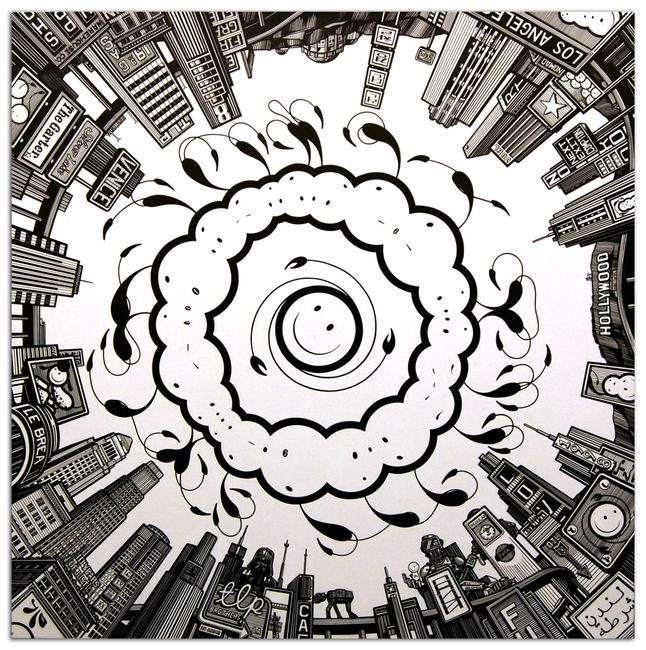 The london police started in 1998 when big english geezers headed to Amsterdam to rejuvenate the visually disappointing streets of Hollands capital. They were part of a small group of artists at the end of the last century that helped pioneer a new street art movement.

After a few years of mixing traveling and making art in the street TLP began to receive Worldwide recognition for their contribution to the graffiti/street art movement. They were included in many of the books documenting the scene and invited for shows and live drawing performances all over the globe. TLP have amassed more than 100 shows and events in over 35 countries and their street work has popped up everywhere. Since 2009 TLP has concentrated on more intense canvas work, largescale mural projects and bigger solo shows in Stolen Space Gallery – London, Go Gallery – Amsterdam, Opera Gallery – New York, Helmet Gallery – Munich, Corey Helford Gallery – LA, Galo Art Gallery -Torino, Black Book Gallery – Denver, BLDG Gallery – Kentucky USA and have taken part in several group shows from Paris to Singapore. TLP are Chaz Barrison who draws the iconic ‘LAD’ character that the crew are so well known for. The other half of the duo is Bob Gibson who draws tight portrait and architectural illustrations. Aswell as painting the London Police also enjoy making short films, photography, installations and music.