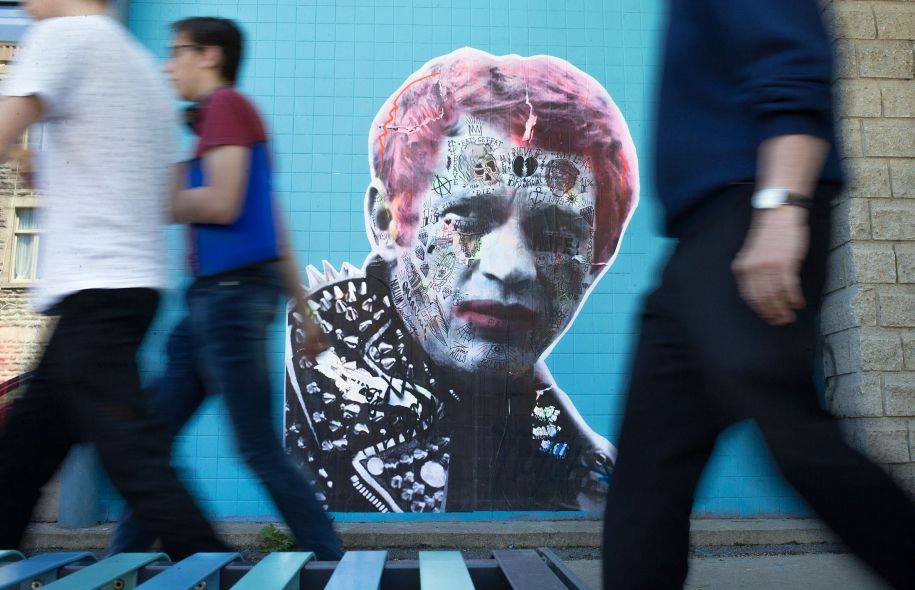 Stikki Peaches’ work has been seen in the urban areas of Paris, New York, Toronto, Los Angeles, Berlin, Stockholm and London. Though covering international landscapes with his pop-culture referenced, lowbrow street art, Stikki Peaches has also added to his ongoing street tapestry in his hometown of Montreal, Canada.

From his beginnings in 2008, his “What If Art Ruled The World?” tagline had every passer-by engaged in thought, while enjoying the embodiment and amalgamation of his unique and nostalgia- laced street art.

Having had his first international solo show in 2012 in New York and having participated in the Scope Art Show NYC, Art Basel Miami and Urvanity Art Fair in Madrid, Spain, Stikki Peaches now looks forward to his first Euro exhibitions in 2018.