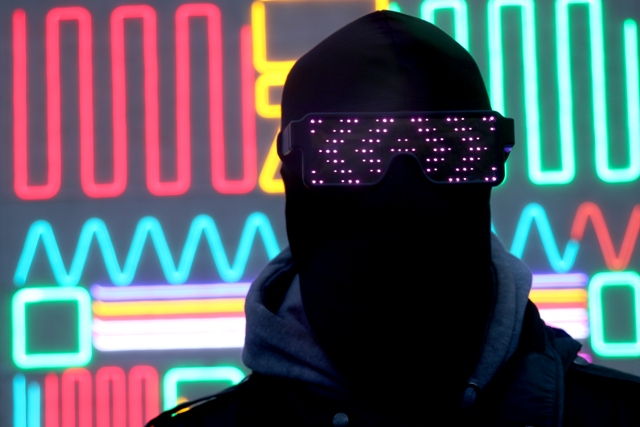 Spidertag is a pioneering urban artist and muralist internationally recognized for his Interactive Neon Murals INM #, an avant-garde project that burst onto the world scene to radically change the concept of muralism, by taking this discipline to a new path where the viewer becomes part of the work can be changed and where a new element, neon 2.0 and an experimental language, give shape to this original concept of urban art and large-scale muralism.

Spidertag has played -with and without permission- since 2008 reinterpreting geometry, abstraction and minimalism -now also symbolism- in the streets and rural spaces at a global level from a perspective of experimentation, risk, avant-garde and alternative futurism.

In a bid to continue exploring the path of experimentation and the avant-garde in urban art and muralism, he initiates the Interactive Neon Mural # (INM #), a format of murals where viewers can, by downloading an APP, modify a part of the murals. And a new aesthetic concept is also born where he experiments with ancestral, prehistoric forms in search of a new language to contrast it with the neons and thus create a kind of Futuristic Primitivism.

At the end of 2015 and after several years of arduous research, he discovers the material that has led him to take a more personal, innovative and unique step: flexible neons. Here he begins an adventure that still continues and that has led him to travel the world and participate in the main urban art festivals such as Pow Wow, Hawaii and Life is Beautiful, Las Vegas in the United States; Mural Festival in Canada, Upnorth in Norway, Peinture Fraiche in France, Estau in Portugal, Upeart in Finland, Artstreet HBG and Take Tomorrow Back in Sweden.

His influences range from Russian Constructivism, video games, to Kinetic art through music and literature, graffiti, cinema, science fiction and current muralism or architecture, always from an intellectual, hypermodern and alternative.

Night falls, he puts on the superhero costume to ignite and capture his particular and modern vision of street art. It’s the Era … Neonmetry.

Thus, a new path of his particular intergalactic highway is born.