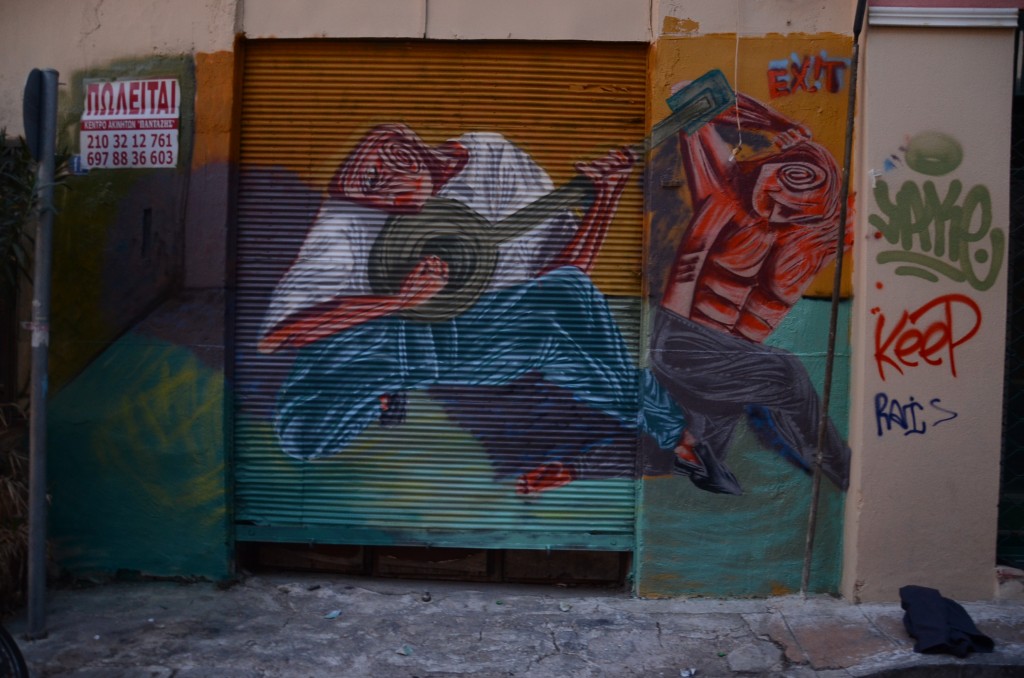 EXIT is a Greek street artist based in Athens. This artist creates illusional characters who either make a social statement or are caught in the some act. His works reflect to by passers a realistic sense of social values and other issues.

As the artist himself puts it:

‘’EXIT symbolizes either a voluntary or an involuntary departure.  Willful, deliberate exit for those who want a way out of the existing situation to the unknown (whether it is better or not). An EXIT for these individuals to constant movement and a change in its own sake alone, just like following a spiral searching to find the point where it starts. Exiting the materialistic reality of the city we are-or have been forced to be shut -looking for the beginning of the spiral. Trying to abandon the illusory materialistic society to the true nature of humans.

For Immigrants, an involuntary EXIT, forced to flee the persecution of those who unwittingly find themselves in a constant motion due to the conditions they live in.  Thus I use the specific skin tones, as a reference to the influx of refugees and immigrants from African and Asian countries mainly.’’

EXIT used to write messages and single word quotes on walls and before that did the classic graffiti (letters, bombs, etc.)