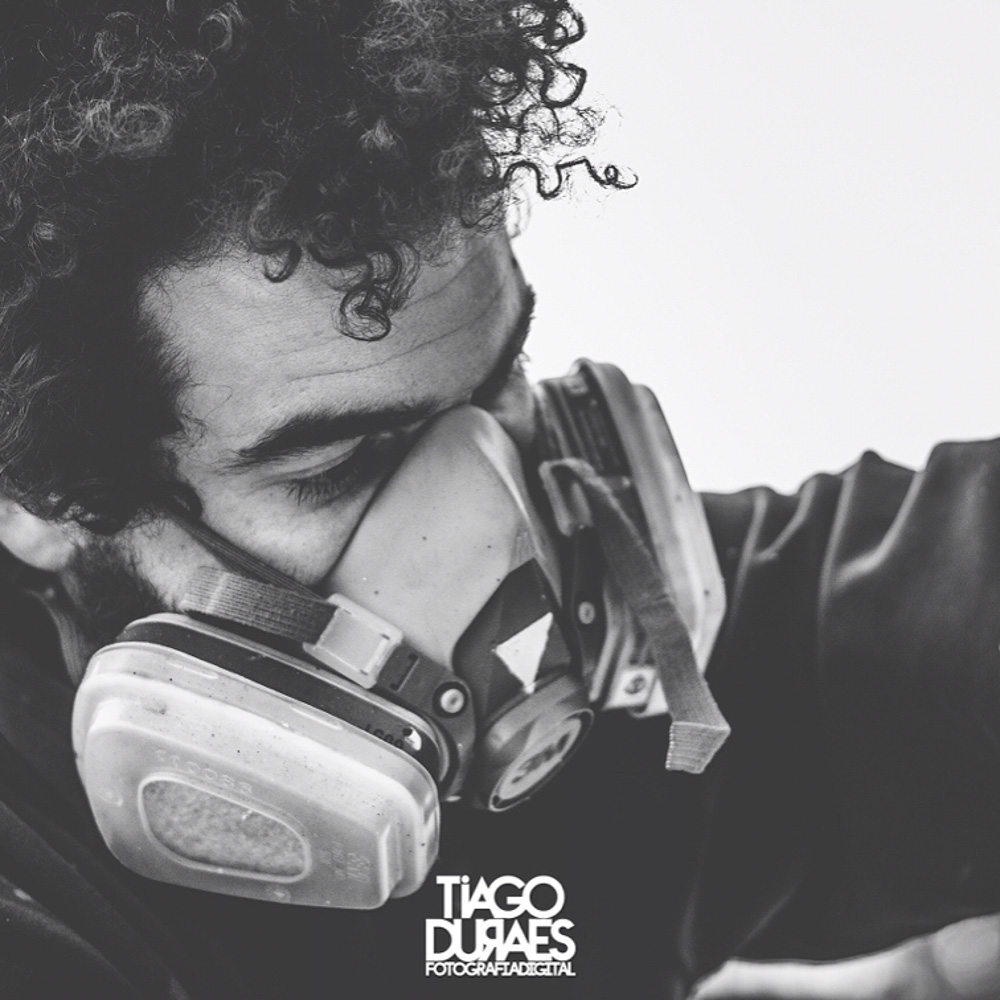 Joao Samina was born in Portugal in 1989. He currently resides both in Portugal and Brazil. Since his youth he has been in contact with different mediums of artistic expression, concentrating mostly on painting. Aged 14, he started his path into the world of street art and developed his very own style with inspiration from what he witnessed on the streets of Portugal.

During this time he was exposed to stencil  art and started to explore within this medium. As his ambition grew, so did his projects and he worked on increasingly larger scale. The skills he learned during his degree in Architecture from 2007-2013, especially geometry and the studies of space proved to be very inspiring to his art.

Since then, he has been looking for different and exciting ways to express his vision and kept improving the stencil techniques he employs into more intricate and exciting works of art, imposing the conflict between geometry and human natural form.

For the past few years he has been producing work in a consistent form, his own unique style. His vision solidified and his art is now a mixture of his roots in Architecture, his interest in graphic Design and the experience of years of being out in the streets of Lisbon trying new things and breaking the form with street art.

Since 2010 he collaborated with many other artists.  He took his opportunities and produced work in several countries such as Spain, France, The Netherlands, Brazil, Turkey and India.