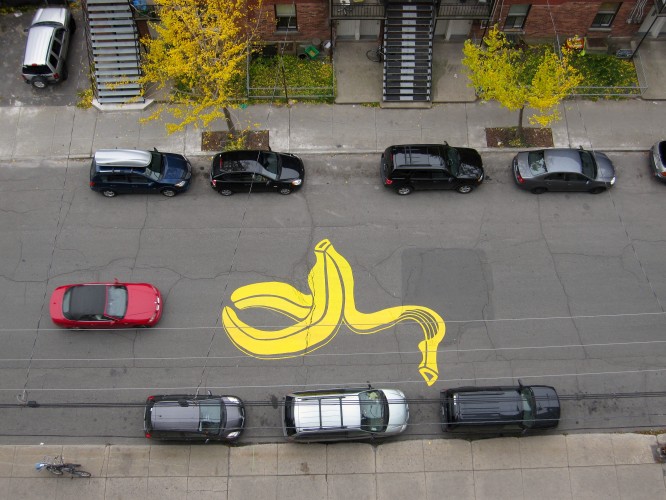 Roadsworth began painting the streets of Montreal in the fall of 2001. Initially motivated by a desire for more bike paths in the city and a questioning of “car culture” in general, he continued to develop a language around street markings and other elements of the urban landscape using a primarily stencil based technique. In the fall of 2004, Roadsworth was arrested for his nocturnal activities and charged with 53 counts of mischief. Despite the threat of heavy fines and a criminal record he received a relatively lenient sentence which he attributes in part to the public support he received subsequent to his arrest. Since that time, Roadsworth has received various commissions for his work and continues to be active in both visual art and music.