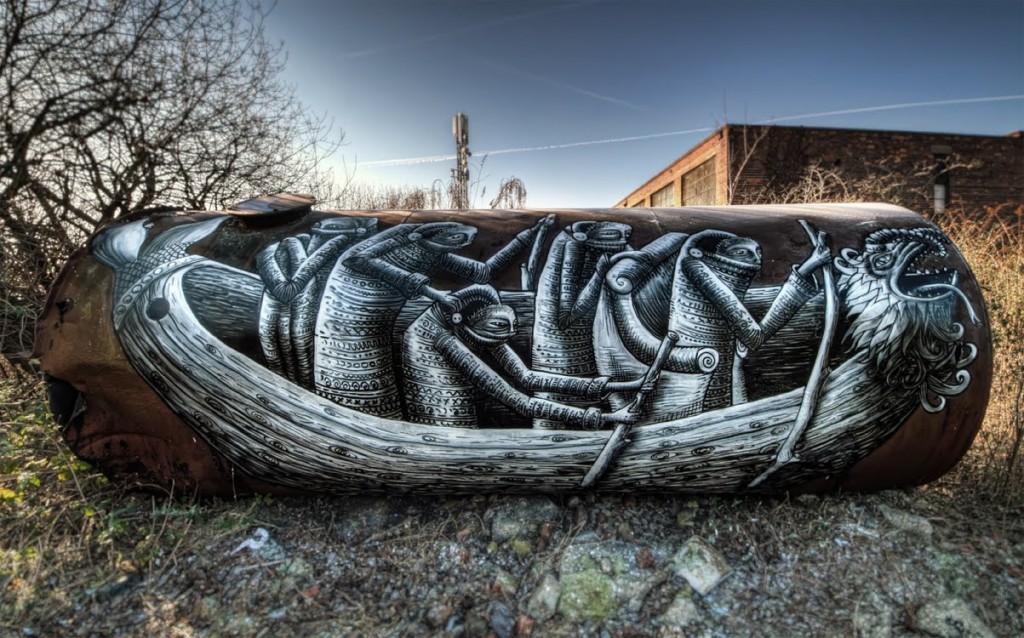 Phlegm is a British, Sheffield-based, muralist and artist who first developed his illustrations in self-published comics. The name ‘Phlegm’ came from one of the four temperaments in ancient Greek medicine. Phlegm was believed to be responsible for an apathetic and unemotional temperament. Phlegm’s work features in the urban landscape, and can mostly be seen in run-down and disused spaces. Phlegm creates surreal illustrations to an untold story, weaving a visual narrative that explores the unreal through creatures from his imagination.