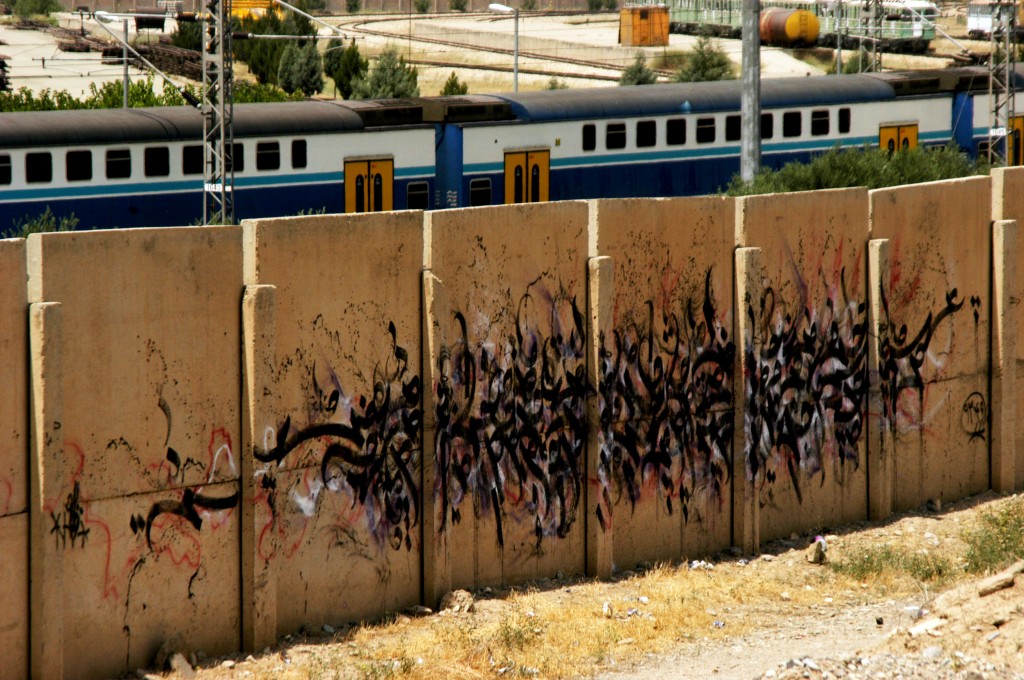 Ghalamdar is an Iranian street artist who practices a combination of graffiti and traditional lettering on walls. He is inspired by endemic calligraphic styles and miniature paintings (negargari) that have been the primary subjects of 20th century modernist art. Ghalamdar began his graffiti career as a 15 year-old, coming into contact with local artists and their works. From 2011 to 2014, he teamed up with the Elf Crew, one of the first groups of graffiti artists to operate in Iran. Ghalamdar’s distinctive style has been featured as part of their collective, accompanying the pictorial features of Blind and Ali Fj-one with Persian-inspired calligraphy. Ghalamdar’s work is unique in the realm of Iranian street art because it alludes to 20th century artistic discussions in Iran while maintaining the presentational form of graffiti.