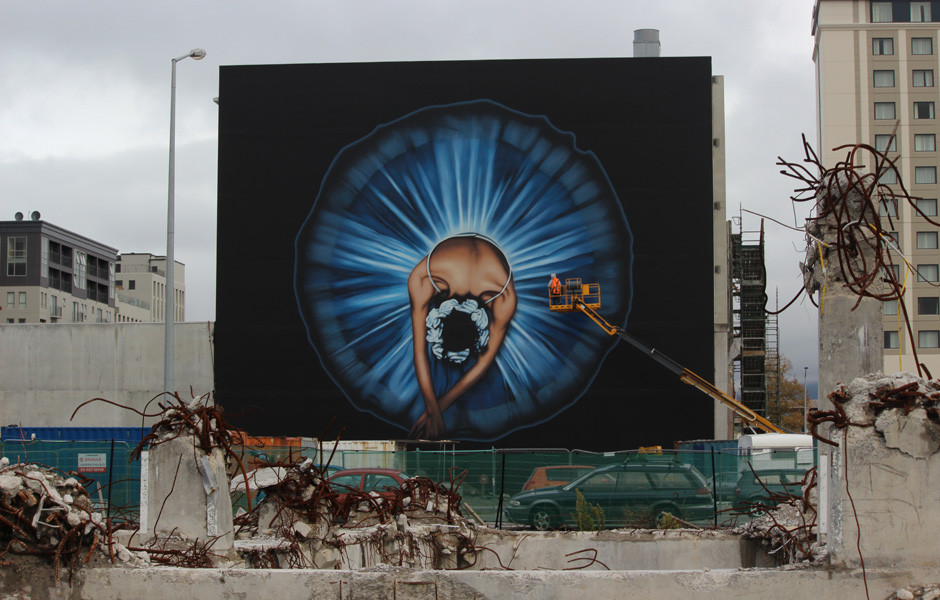 Proudly hailing from the small Eastern Bay of Plenty community of Kawerau, New Zealand, Owen Dippie grew up surrounded by individuals with strong cultural identities. This naturally drove his chosen subject matter from a young age, transpiring in his highly-praised portrait works. Owen has an intrinsic affinity for Maoritanga and a personal passion for tattoo and ta moko, along with a keen interest in pop culture imagery.

Owen has been painting his large-scale realist portraiture on the streets of New Zealand and New York for over a decade. During Owen’s most recent 3 month long trip to New York, he held his first solo exhibition, and was honoured to have one of his works named as Best Mural 2015 by The Huffington Post, along with Producing his first work in downtown Los Angeles. After four years Owning their successful Mount Maunganui Art Gallery together with his manager and wife Erin, Owen has recently opened a new gallery space on the iconic K’RD, Auckland City.

Exploring the universal language of art. He endeavours to leave his mark on the world, rather than just exist in it.