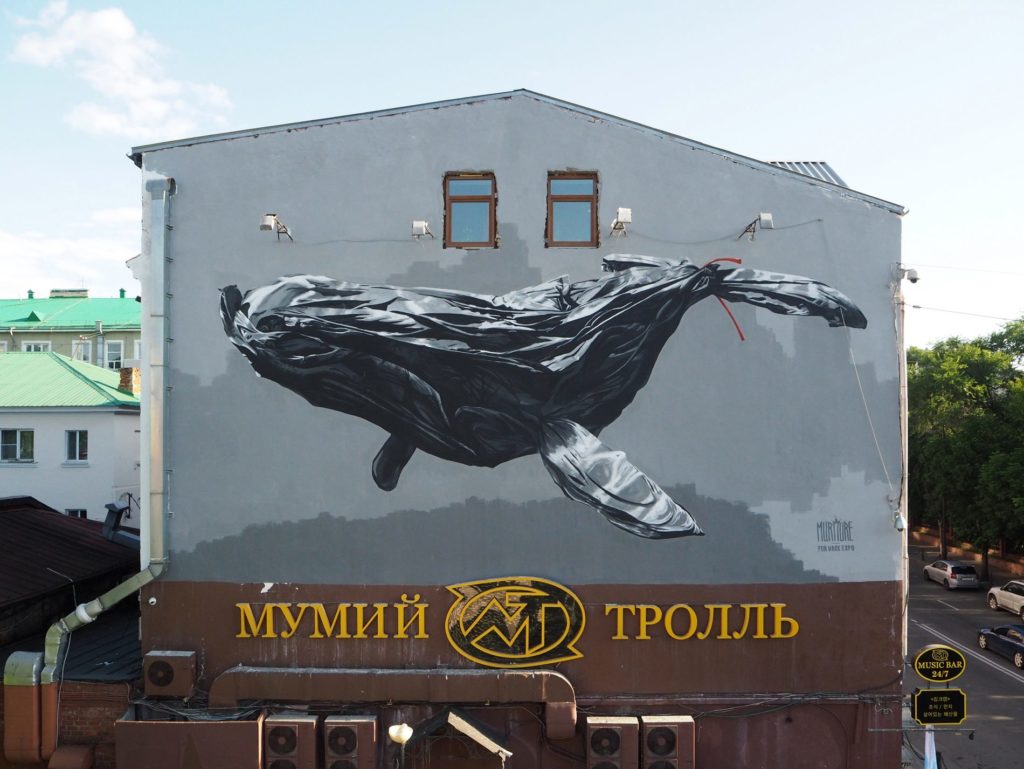 Paul Ressencourt and Simon Roche met during their studies at the Fine Arts school. Originally one specialized in creation, graphic arts and urban arts, the other one in arts and technique, they quickly found themselves through a common passion for drawing and street art. Intervening together since 2010 in public space, they cover the walls of our cities with their drawing, murals, ephemeral exhibitions under the name of Murmure street.Voluntarily engaged, Murmure through their art explore many themes in a fun, oneiric or poetic way in order to share their vision of the world. Childhood, the homeless, the consumer society, new technologies and even the environment are among their favorite subjects. If there is a message behind each work, it always remains subtle, leaving the viewer free to interpret each work according to its sensitivity.

Although Murmure’s works are mostly visible in the street, because this is where they become meaningful, it is the studio work that is at the center of each project. Working with four hands, they draw mainly with graphite pencil to obtain a profound depth in the dark shades and a realistic rendering. Each work is the result of a process of common reflection on the composition, the meaning and its uniqueness. It is in the studio that a project will be thought of and developed before some of them can see the light of the day in the street through the creation of a scale 1 drawing. Installed in the street, their drawings interact with the urban environment. The choice of space and the wall they will be put on, both in terms of its materials and its colors, become a narrative complement to the drawing. Time, weather, or human degradation come to perfect the work, making each one unique. Constantly in search of new forms of expression both through the technique used and by the medium chosen, Murmure unveil their works in galleries, in the street and as well as with monumental mural.