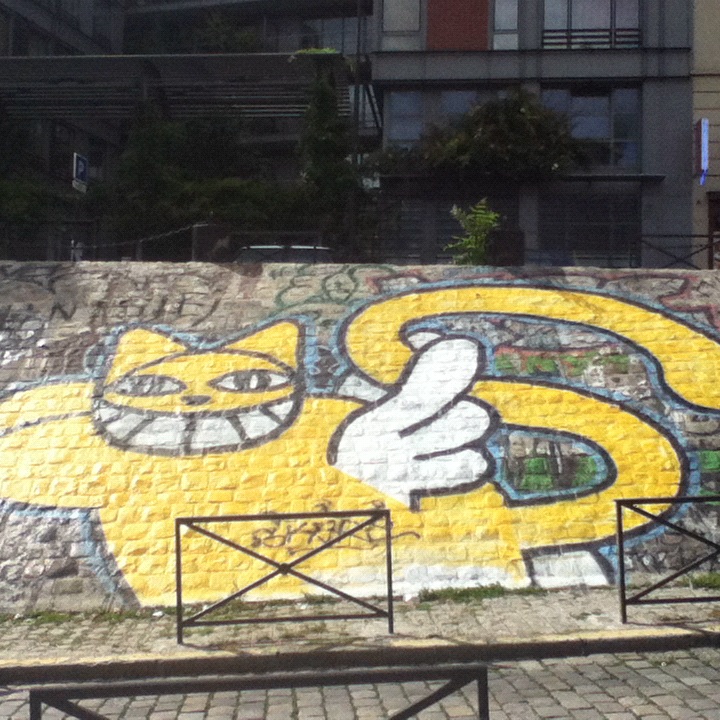 M. Chat (also known as Monsieur Chat and Mr Chat) is the name of a graffiti cat that originally appeared in Orléans, France in 1997. The graffiti appeared most frequently on chimneys, but was also sighted in other places,

such as train platforms and at political rallies. The artist was originally anonymous, but in 2007 Thoma Vuille was caught in the act of creating the cat.