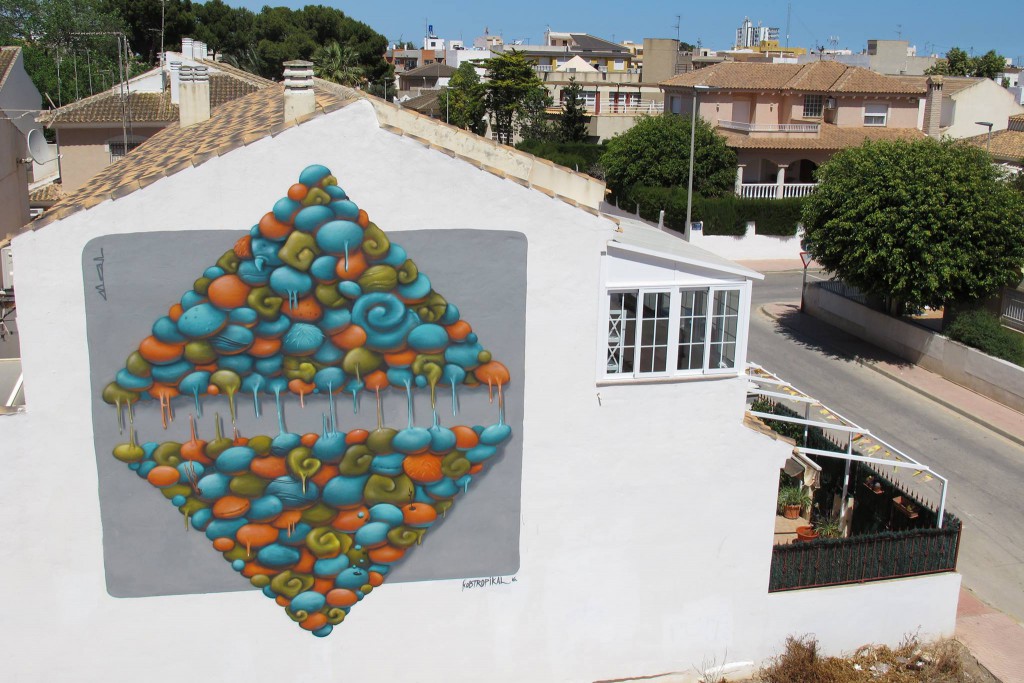 Victor Pacheco began painting graffiti with kob pseudonym, around 1999 in his hometown of Puerto de la Cruz, Tenerife, where part of his work still remains. Over the years dedicated to urban art, and polluted with studies in sculpture and installation, develops an organic abstraction of typography graffiti describing his artistic concerns by various National cities, although the theme of his work is uneven. It has a large repertoire of surreal scenes,animals invented, vegetation or just things that are actually a conglomerate of different species