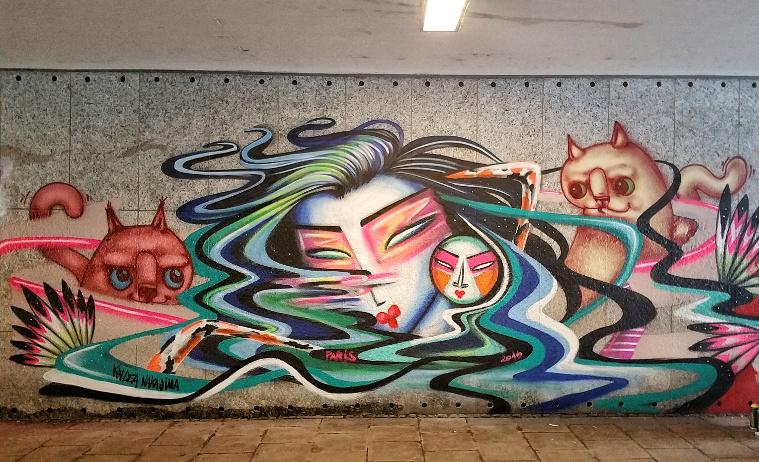 Kaldea is a French artist living in Paris. She makes her debut painting on canvas in the early 2000s, she finds at that time very quickly her unique style which has and still evolves over the years.
By the year 2011 she finds an opportunity in Germany that will allow her to paint on large scale of medium , such as containers and cars. She will start to paint on wall very quickly after that, which gives her bigger possibilities of expressing herself artistically.
While she was travelling around the world she has painted several walls in various countries.
To meet various cultures and people, is for her a very big wealth and an inexhaustible source of inspiration.
Her artistic universe is influenced by different ethnic culture, futuristic and art deco style who makes it unique.