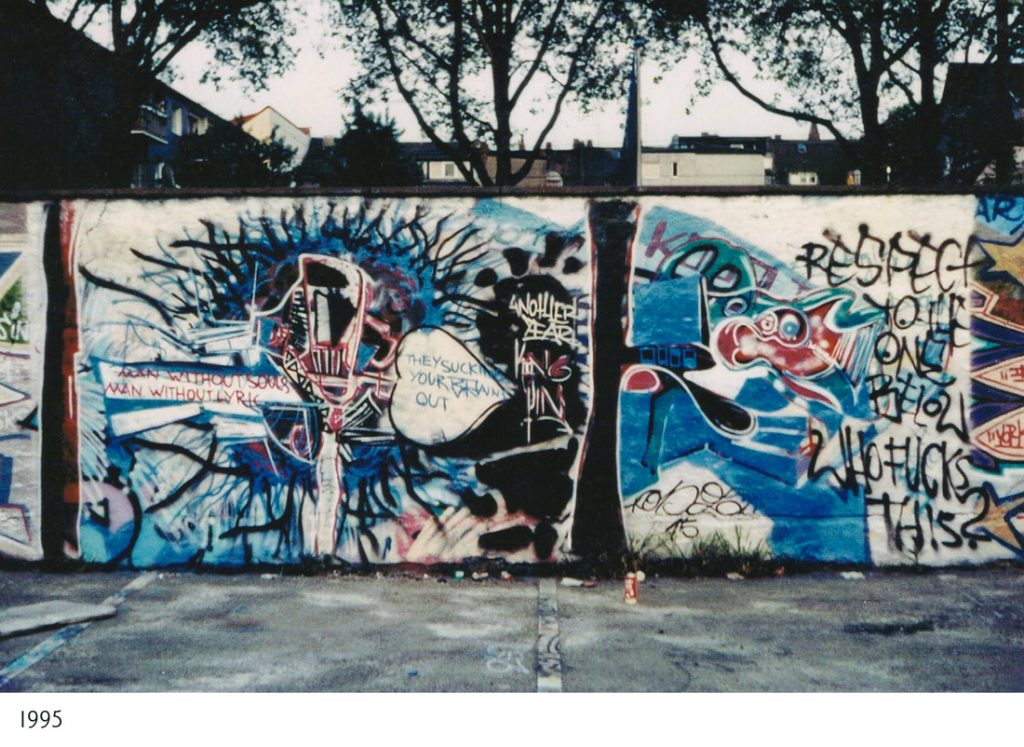 King Pin began spraying graffiti and street art 1983 in Brühl, a suburb south of Cologne. He visited New York in those early days, where he met Lee, Vulcan and Henry Chalfant and even sprayed a graffiti on the barock castle in Brühl. The government of the town suspended a reward of 10000 deutschmarks on him. He also experimented very early with abstract pieces and canvasses guided by New York artists such as Futura, Rammelzee A One Koor and Toxic. His neopsychedelic approach leaded him to various other artforms like dance (clowning and cranking, electric boogie), performance, industrial music and word art. His paintings, classified by Henry Chalfant as sophisticated are dealing with characters, abstract compositions and lettering, whereas nowadays caracters appear by hazard.