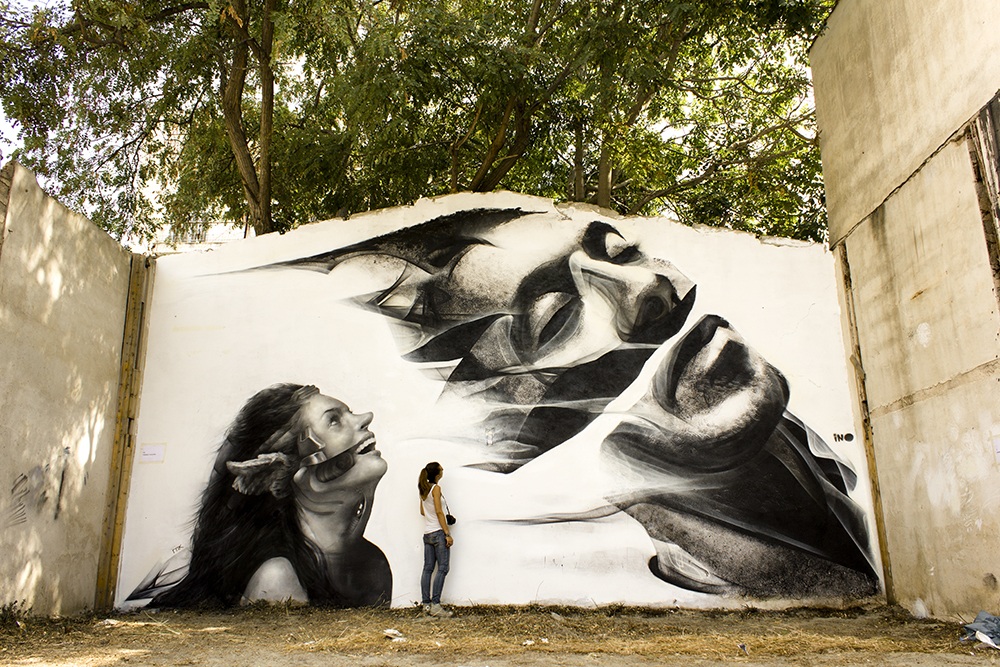 INO is a street artist based in Athens, Greece, who creates imaginative interventions on the city landscape. He began painting in 2000 when he was 15 years old. In the beginning he mostly produced letters and bombing, but from 2008 began to develop his style based on characters. iNO studied Fine Arts and is one of the most active street artists in Greece. His capacity for hard work and perseverance are helping to evolve their special spray painting technique, thanks also to large murals. His photorealistic work often provokes strong feelings, some deeper thoughts and most excitingly , wild imagination.