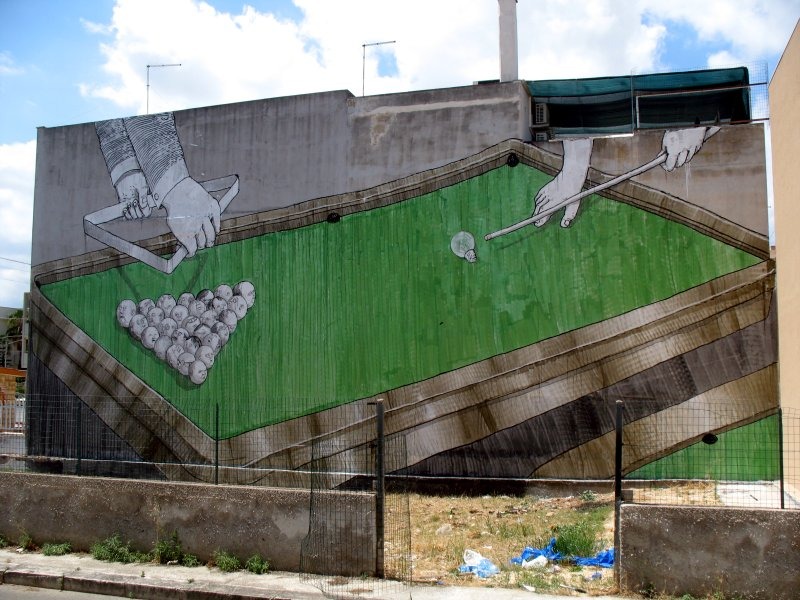 Blu is an Italian, internationally acclaimed street artist who has built a strong reputation through very large murals he has created around the world.From Berlin to Rome and Athens to Rio de Janeiro, his content is most often dedicated to passing social or political messages that concern either local or international important issues. His simplicity but still very imaginative approach has offered his great success. He is also known for his fascinating video productions known as MUTO which are timelapses of painting in a cartoon like manner. His walls are all over the world and he is surely one of the most genuine representations of global street art today leaving behind him a era of his own.