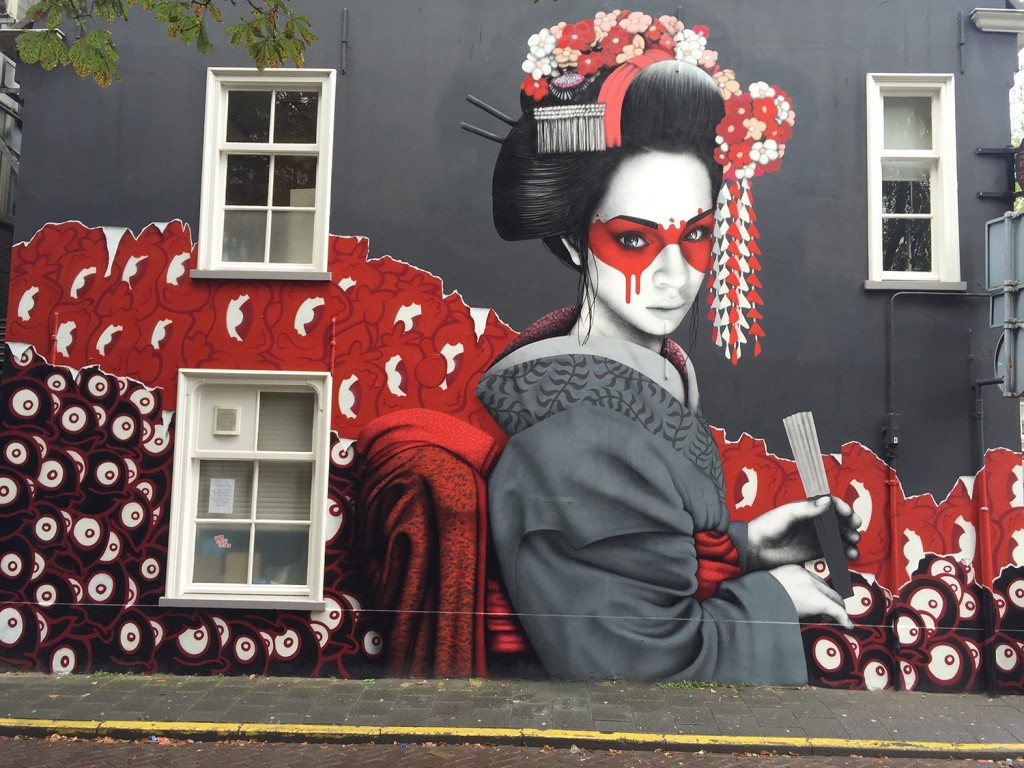 Finbarr Dac is an English street artist. In a relatively short urban art career, he has defined and perfected an atypical paint/stencil style that ignores the accepted visual language of street art almost completely – He calls it Urban Aesthetics (a modern-day take on a 19th century art movement). He has lived the majority of his life in and around London. Self-taught and non-conformist, his influences range from dark graphic novels through to the works of Francis Bacon and Aubrey Beardsley.
He has painted/exhibited alongside respected artists such as Goldie, Nick Walker, Jamie Reid and Jef Aerosol. But in general, he keeps his own counsel and lives the typical life of a street artist