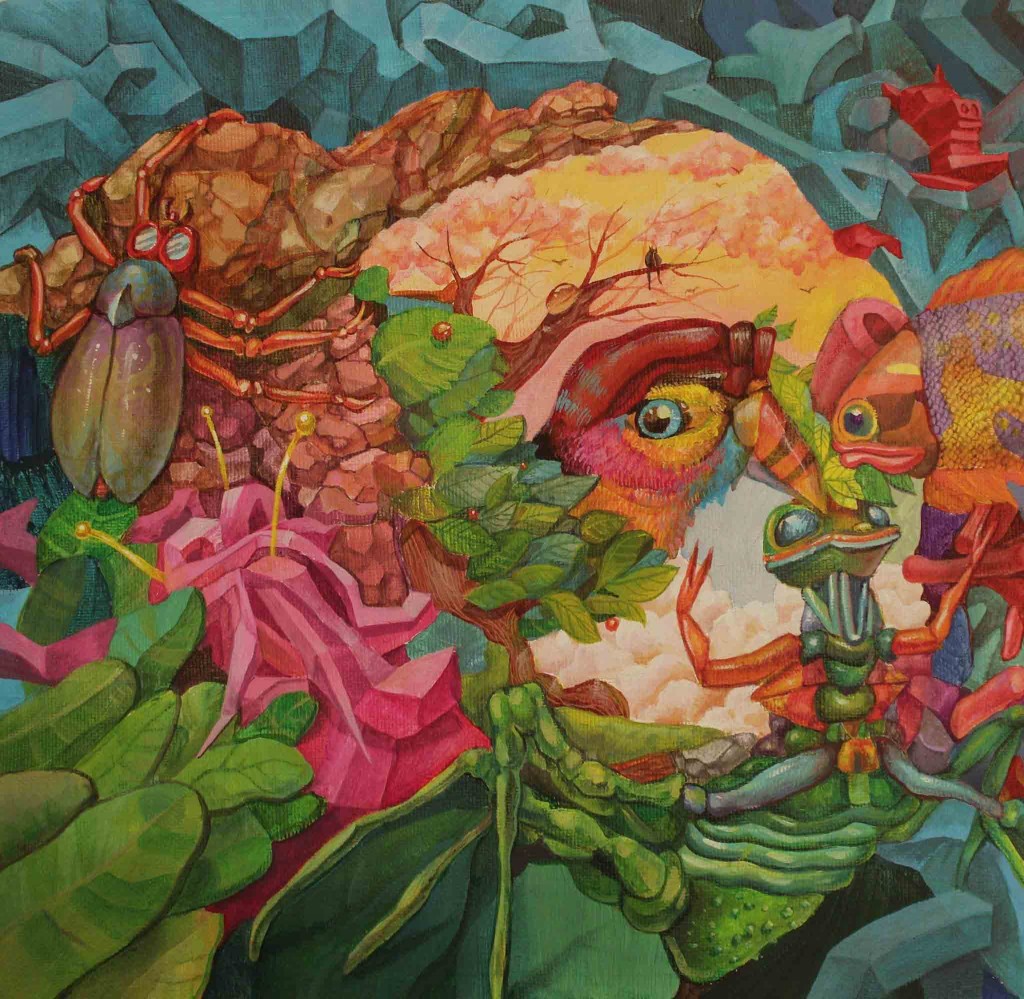 Dima Fatum is from Kyiv (Ukraine), a Street art activist and experimenter. The creative journey started from the beginning of the 2000s. The propagandist post-graffiti and abstract graffiti styles. In fact, his experiments on the street are somewhere between classical graffiti writing and conceptual art suited for a very narrow range of audience.Founder parody brand “OBED”. FATUM started like most other graffiti writers: “Wild Style”, “Swedish glares” and late-night adventures with his friends from the FAT315 crew. Dmitry (FATUM’s real name) graduated from art school, and after a decade of street practice began exposing his works in the gallery space. Today, exhibitions at Pinchuk Art Centre, Lavra Gallery, “Casus Pacis” project at the Museum of Street Art in Saint Petersburg, as well as many other ones in Odessa, Ternopil, Kiev and Moscow are on his CV.