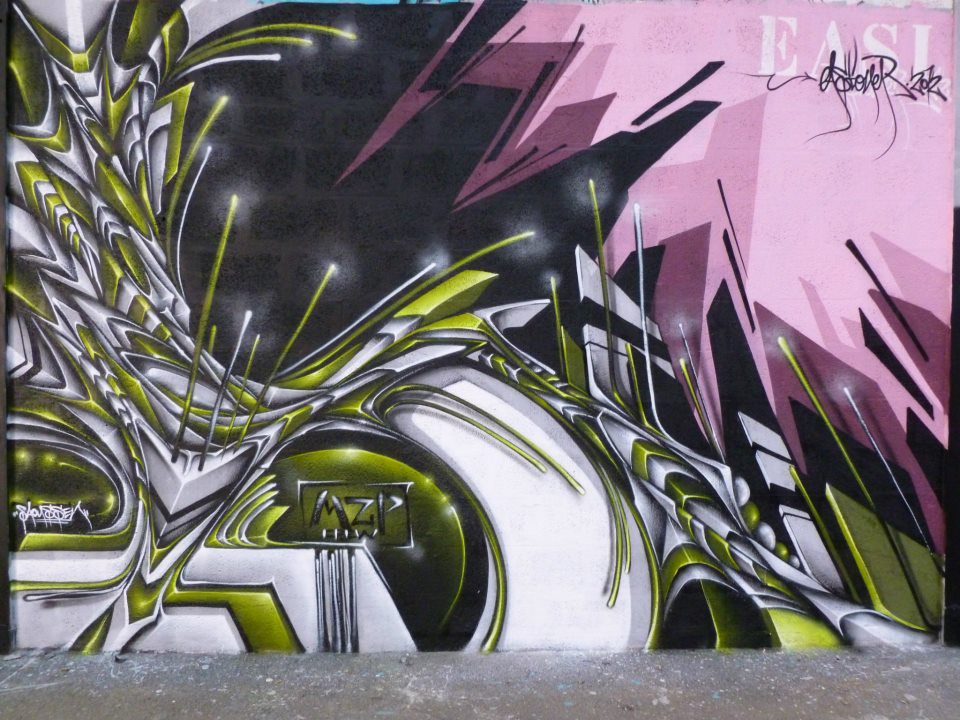 Easi is originally from Saintes, France. He has been painting for 7 years mainly frescoes in a 3D Wildstyle . It became the emblem of the local graffiti scene and is the source of most events urban culture of the city in Saintes.

Today, his work has led to the aristoi Gallery where he exhibited his work and develops his creativity in new media, from sculpture and graphics without denying the street.