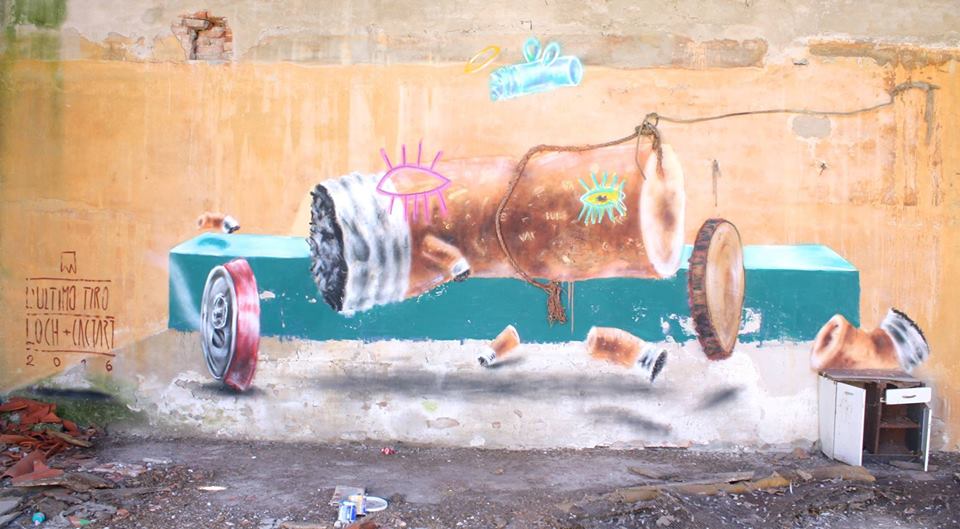 Cactart was born in 1992 in the far east of Italy and is a self taught artist. ”I begun to paint when I was 17 and from that age I never stopped. As soon as I graduated from the scientific high-school I begun to travel around the world. My artistic research focuses on the idea that art is a universal language which connects each other peacefully destroying any kind of wall.
The central point in my works is the interaction with people and places, that’s why I started some years ago with street art and participated art projects in which I decorated public walls with children. Every work of mine tends to widen the point of view of the observer on some socially important topic such as migration and ecology. In every artwork of mine, both personal and communitarian, I always mix natural elements with industrial ones, especially trash material, in order to focus the attention and the thought on the contrast between natural and artificial.
In the last period I begun to insert some typical childhood drawings in my works in order to focus on the great creativity of children, simple and clever, a powerful force which can reinvent the world.
From the idea of using art as a media to involve the community and make it aware about some social important topics I funded in 2012 the art collective Menti Libere. It’s a group mostly composed by painters and musicians.
We promote global responsibility by doing participated decoration of public areas and organizing events and workshops with children. We did many art projects with children in many poor areas all around the world, we were in Perù in 2012, in India in 2015 and last January we did projects in Istanbul with Syrian children.”