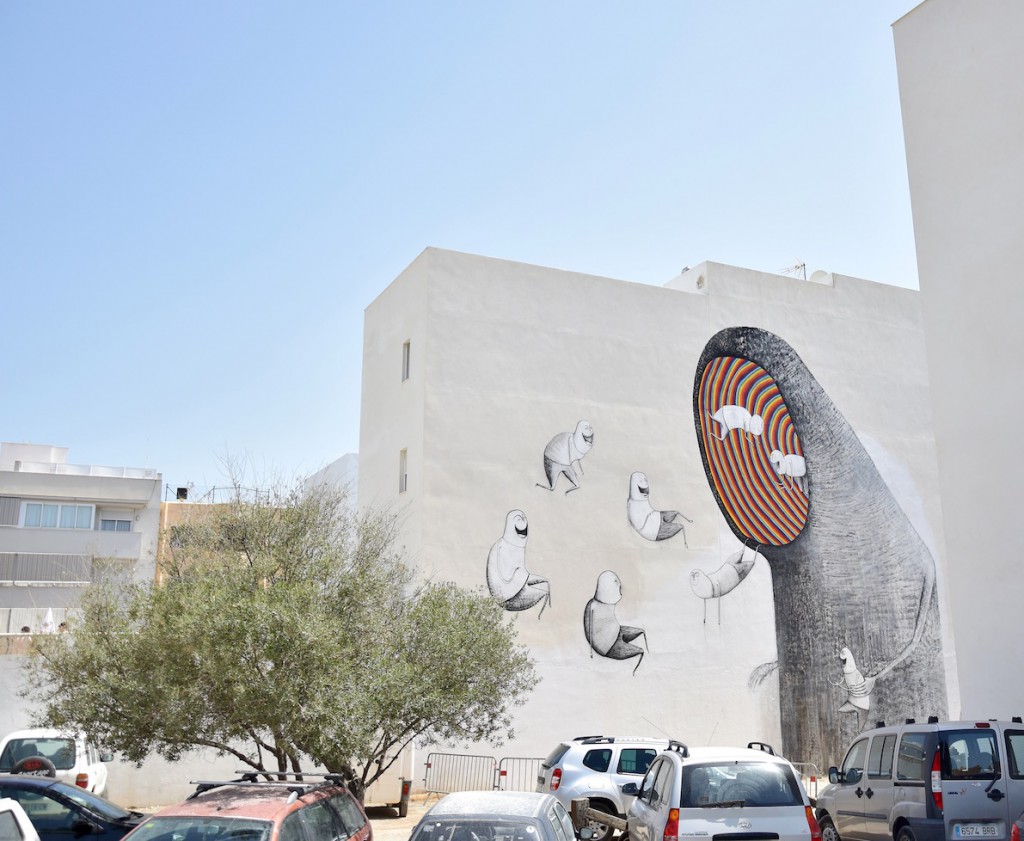 I’m Bisser. A 25 year old Belgian artist. Born in Leuven and studying animation in Ghent. I can’t remember when I started drawing. When I was a kid my brother was my big example. I was always trying to copy him. But also The Simpsons and the Kid Paddle comic books inspired me a lot. Later my brother started to draw and paint graffiti. So I followed him. At first I was only drawing. Later a friend introduced me to spray paint. My first pieces were illegal. But I was always more drawing then painting.
By the French magazine GraffBombz I started to see more and better letters. I learned a lot from only one magazine (I didn’t had the money for another one). I was really studying the pieces. My letters became better and better. I also started doing more 3D work. At this time I found a legal wall in my home town Leuven. I started to paint more. I had enough of the letters and was focusing more on the 3D. I was painting more abstract. The letters evolved in 3D graffiti lines.
At this time I was studying Kso in secondary school. In the last year we needed to make a final assignment. I had the idea to make an animation about my 3D graffiti lines that would grow on music. A bit like visuals on a party. This is why I started to study animation film.
It’s hard for me to say how I found my specific style. I think I just wanted to draw totally different. This was at the end of my first year animation. I had a final jury. And it didn’t went well. I had to do my first year again. In Belgium there is a word for doing a school year over again, it’s ‘bissen’. So I called myself Bisser.