We cought up with Aussie stencil Artivist who goes by the name Murdoc. Based in Sydney, he originally started writing Graffiti but later developing a focus on Stencil Art to convey stronger messages, also because it’s a lot quicker…

(ISSA) – What you choose to drink? Coffee, Tea, Beer, Soda or something else?
(Murdoc) – Probably would say fresh juice or coffee.

Introduce yourself to us!
I write Murdoc and I’m based out of Sydney, Australia. I originally started writing traditional “Graffiti” but later converting to “street art” to develop more of an influence and message through the art. Plus it’s a lot quicker.

Where does your tag name come from?
Well I have always been a huge fan of the Gorillaz and around the time I was trying to think of a new word to paint, the song “Murdoc is god” was playing on my phone, I guess it just clicked. 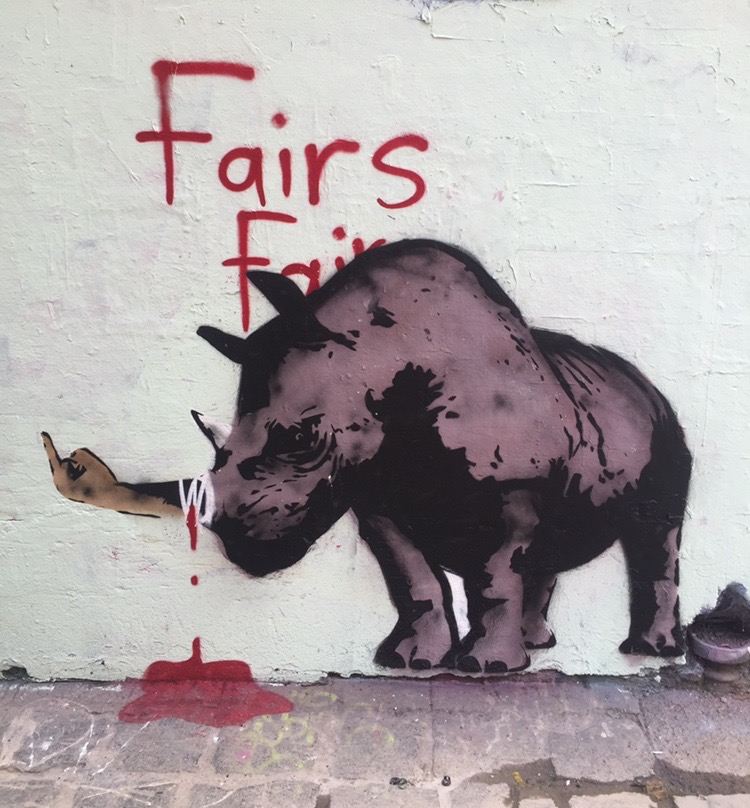 How do you define yourself? Artist? Street artist? Anything else?
I guess I would just say artist, working both in the streets and indoors but I try not to put a label on it.

How did it all start for you, and what is it nowadays?
Graffiti started off for me as an outlet to express myself, vent my frustrations and get my name up as much as possible. I always loved it but I was never really that quick, as I got older I started trying to influence more of a message in my art. Stencils allowed me to paint in the streets doing detailed work in very little time, so I decided to switch it up.

What is the first thing you do when you get up in the morning?
Try to plan out the day and have a coffee, then sometimes go take photos of last nights work. Then it’s back to work. 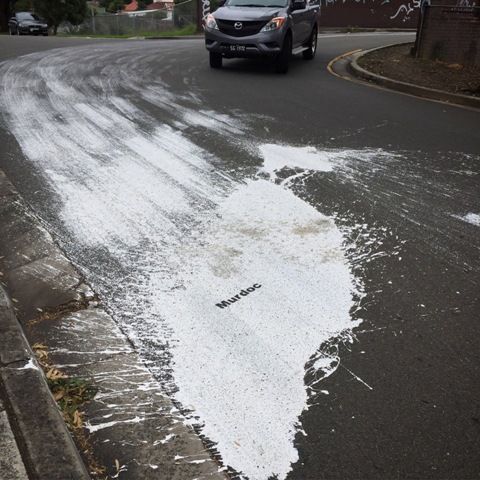 Street art is mostly a visually stimulating form of art. To add one more sense to it, what music would you pick to accompany your art work?
I guess I would say maybe hip hop or alternative, I listen to Gorillaz, Kid Cudi, Kendrick Lamar and J Cole quite a lot while I’m working so I definitely find a lot of inspiration through their music.

In all forms of art, inspiration is crucial. What is it that inspires you?
Some big inspirations of mine would be Gorillaz, Kendrick Lamar, Blek Le Rat, Banksy and Basquiat just to name a few. Anyone that’s being their self and inspiring others but not driven by identity, money or ego. 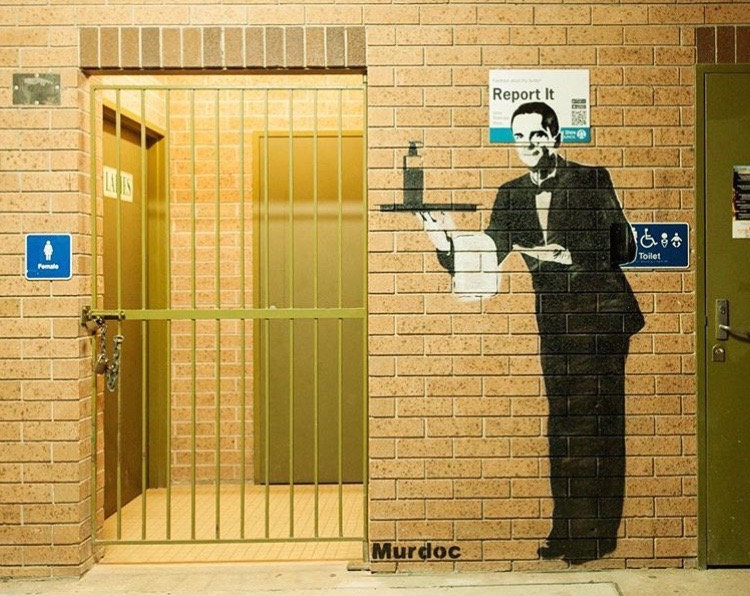 Do you have an artist(s) you admire and what for?
I really like Kidult, Banksy, Pejac, Os Gemeos. I believe they are ahead of their time and always doing great things. All these artists are all making their own path and I admire that.

Which cities are the most inspiring for you?
I really love Sydney, Los Angeles, New York, and London. If I had to pick a city other than Sydney I would pick Los Angeles, I’m trying to move over to L.A over the next year or so.

What other passions do you have apart from art?
I used to skate a bit when I was younger, designing clothes, but I don’t spend as much time as I would like on that side of things nowadays. 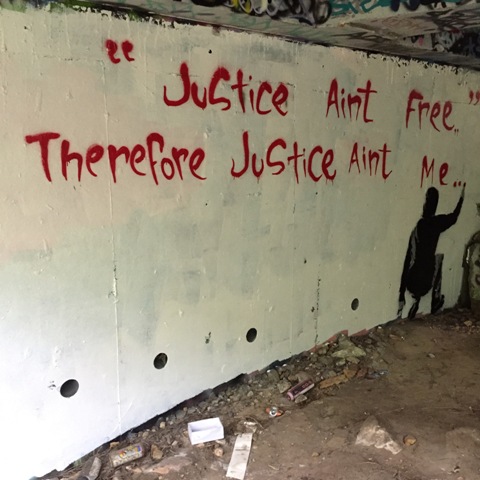 Do you have a wild project that you dream of achieving some day?
Yeah for sure, I would love to be in a position to be able to hold big gallery shows/ group shows and be able to reinvest back into the community and help people less fortunate. It’s important to dream big but I try to stay in check by moving one step at a time.

Tell us about your art, does it include symbolisms, messages or repeated patterns?
Most of the art I create I try to either include a message or at least make it relatable in some form, so I try to connect on multiple levels whether it be through irony, humour or serious problems people face on a day to day basis.

How long time does a piece of artwork of yours usually survive for?
It really depends on the location, some pieces could last one day or could last a year, it also depends on the art. Some pieces can be quite controversial and people sometimes try to cover it fairly quickly, and on the contrary some really like it. However nowadays the Internet seems to keep the pieces alive, one of the first pieces I painted as Murdoc was the CCTV Droid and it’s still in the streets and circulating around the Internet now. 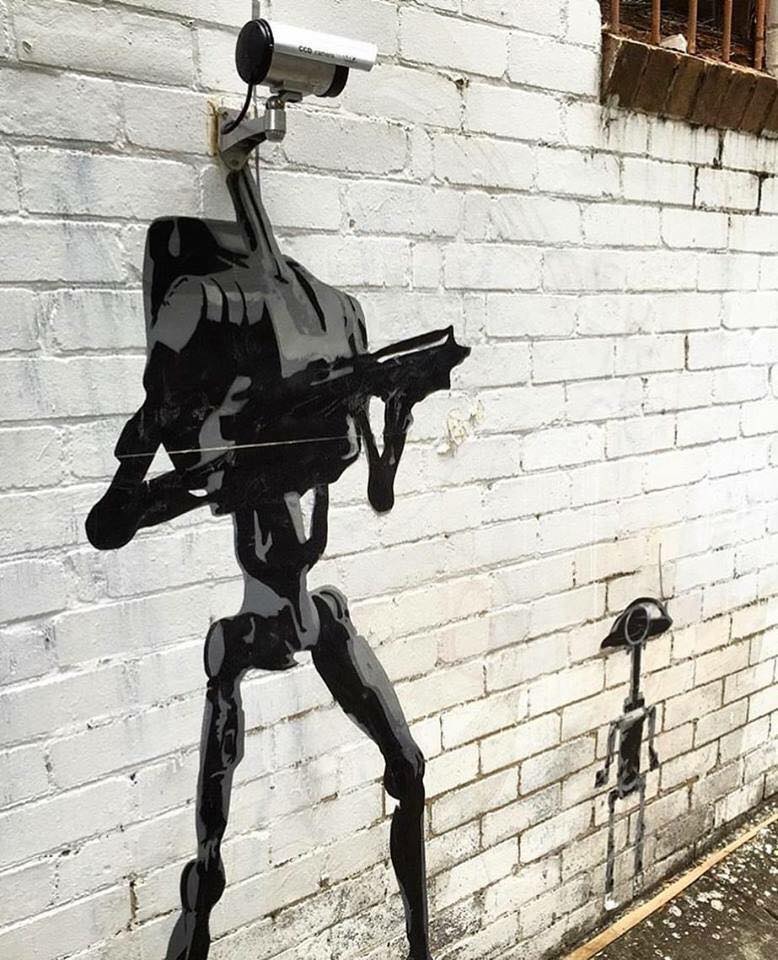 What do people first think of, or feel, when they see one of your works on the street?
Probably “I cant believe someone is stupid enough to go out in the middle of the night to paint that”. But I do try to express a bit of humour or some sense of connection I feel that some people understand. I try to make a lot of my art portray real issues we face or either choose to ignore, but in a somewhat humorous or ironic way without losing the message. I want people to feel like they can make a change and to go do it, rather than rely on the next person.

Do you have a secret you would like to share with us? 🙂
Dream big and don’t limit yourself.

What are your creative plans for the future?
I have a few things going on at the moment that I’m pretty excited about, I’m currently filming a short video that will be coming out on YouTube, with a trailer coming out shortly before. I have a group show with Tortuga Studios in Sydney on 19th May called “With a rebel yell”. I’m also working on a web store for my website containing some custom graffiti markers, painting gloves and some tee’s and hoodies. There will also be some exclusive paintings and prints on there to.

Is there a specific thought or message you would like to pass to our audience out there?
Keep Dreaming, Work Hard, Stay Humble,

Thank you Murdoc for your time and for opening yourself up to us and our viewers! Best of luck. 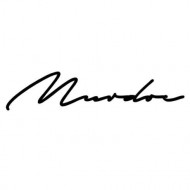 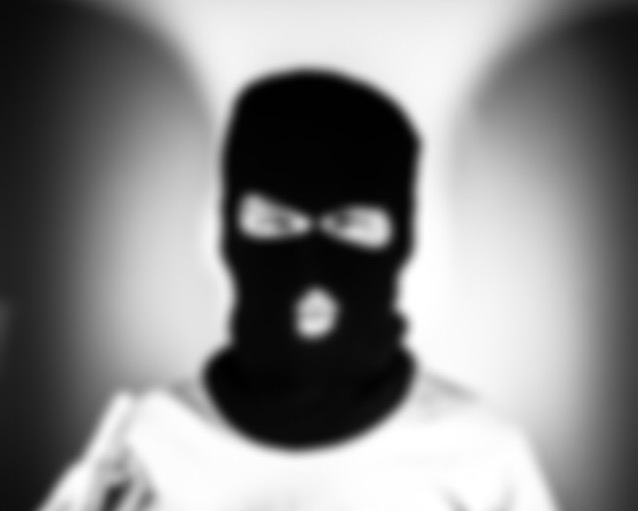