Meet Hungarian Graffiti artist Mr.Z, a visual terrorist as he likes to call himself, who opens up and tells us about how he started painting, what inspires him and how music makes his passion beat.

-What you choose to drink? Coffee, Tea, Beer, Soda or something else?
Water, coffee or a glass of wine.

-Introduce yourself to us!
I’m Mr.Zero from a small historical town of north-east Hungary called Eger. I started to draw since i can hold anything in my hands. First time i sprayed letters and shitty characters in my hometown when i was 12 in 1994 and it became a never ending love, passion and kind of an addiction.

– Where does your tag name come from?
The ‘everybody ask me about it’ question. 🙂 Ok, let’s do it.
After many names i wrote i started to write Channel Zero in around ‘97 or something. Because i liked the name, nothing special meaning behind. Mainly i tagged it as ‘Channel’ and letter L twisted as a zero in the end but it was just too long to do pieces like this especially i was mainly into street bombing at that time. Too long name to do it quickly and also not a cool letter combination so i decided to use it as a tag but paint big ‘ZERO’ pieces with a small channel piece/tag on the top of it or somewhere. It was a lucky thing ‘cause the cops thought that i’m 2 different persons so i thought if i ever get in trouble i have options. 🙂
After a few years i just left ‘channel’, changed my tag but i was pretty sure there is more than one guy in the world writes the same name so i need to find something to make my name unique. So ‘Mr.Zero’ was born. Not a big deal. This was the longer version and there is a shorter one on Urban dictionary, go check it…. 🙂 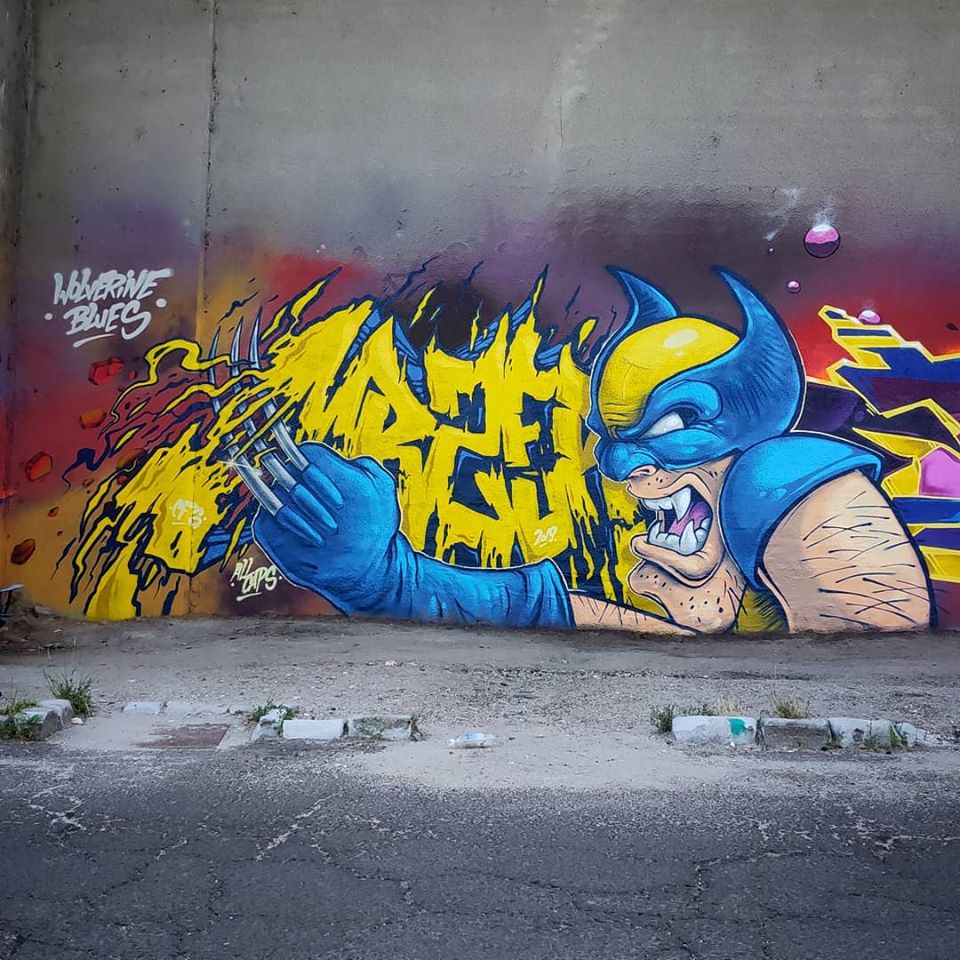 Visual terrorist. Or whatever people call me, i don’t care about labels.

As mentioned earlier i started as a 12 years young child and graffiti was mainly a big hit as a part of skateboard culture which was pretty new but strong at that time in my hometown. I’ve seen these stuffs in the skateboarding magazines, music videos(mainly listening to punk rock, harcore, metal music), films and a lot of people around me started to write their nicknames with markers and spraypaint everywhere.
Also there were pretty strong pioneers in my hometown they made some quality stuffs at that time so i just wanted to do something like they do ‘cause it seemed i had skills in drawing. It was more interesting to me than skateboarding.
Never interested about the fame i just wanted to create something, just to leave my mark, never really thought it is vandalism in peoples eyes or it will leads me somewhere.
After many years this thing was still with me and i wanted to be better in it and wanted to create something which is a bit more than classic letters and i really can call my own style. So i started to paint 3D stuffs which gave me more freedom at that time and learnt a lot of technical skills. But after a few years it turned backwards and i stuck a little bit.
So i turned back to the basics.
It is still hard to keep the balance between doing illegal graffiti and also create ‘art’ in the same time but i think it’s important to paint whatever i feel i want to paint. Period.

-What is the first thing you do when you get up in the morning?
Go to the toilet….i won’t tell you what’s happening there i leave it to your imagination. 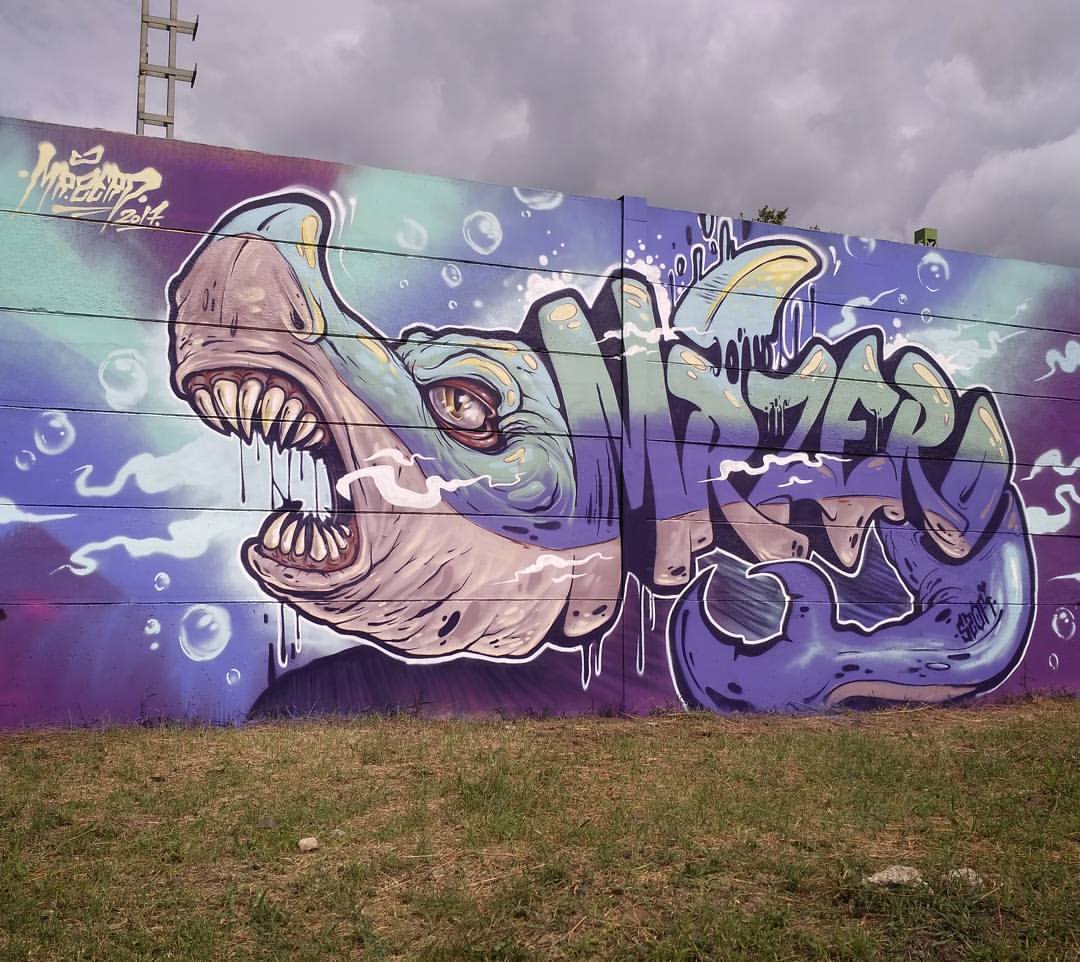 Depends on my feelings of the day.

Mainly music, and life as a human being in this world around and inside us. 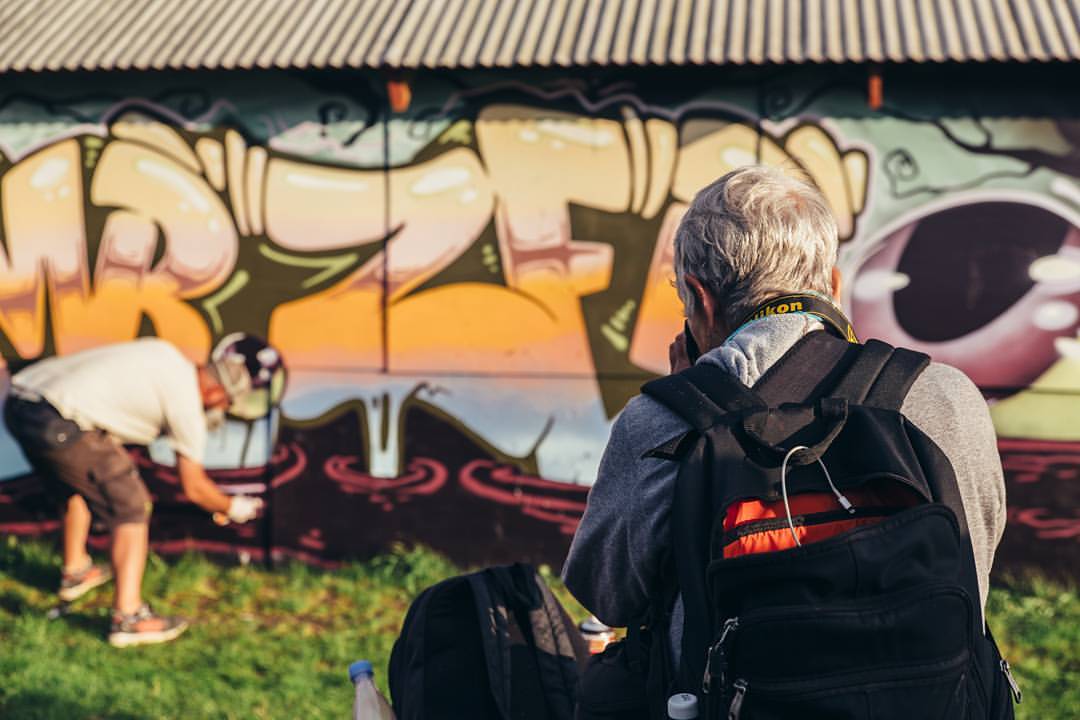 -Do you have an artist(s) you admire and what for?

-Which cities are the most inspiring for you?

Amsterdam, Barcelona and Brighton was the most inspiring cities i’ve been to but i’m sure there is a lot i’ve never been yet. Budapest is also inspires me a lot in the last couple of years. Learnt to love it.

I used to be a drummer back in the days so music is still a passion for me hopefully one day i will let all the tunes out from my head again. 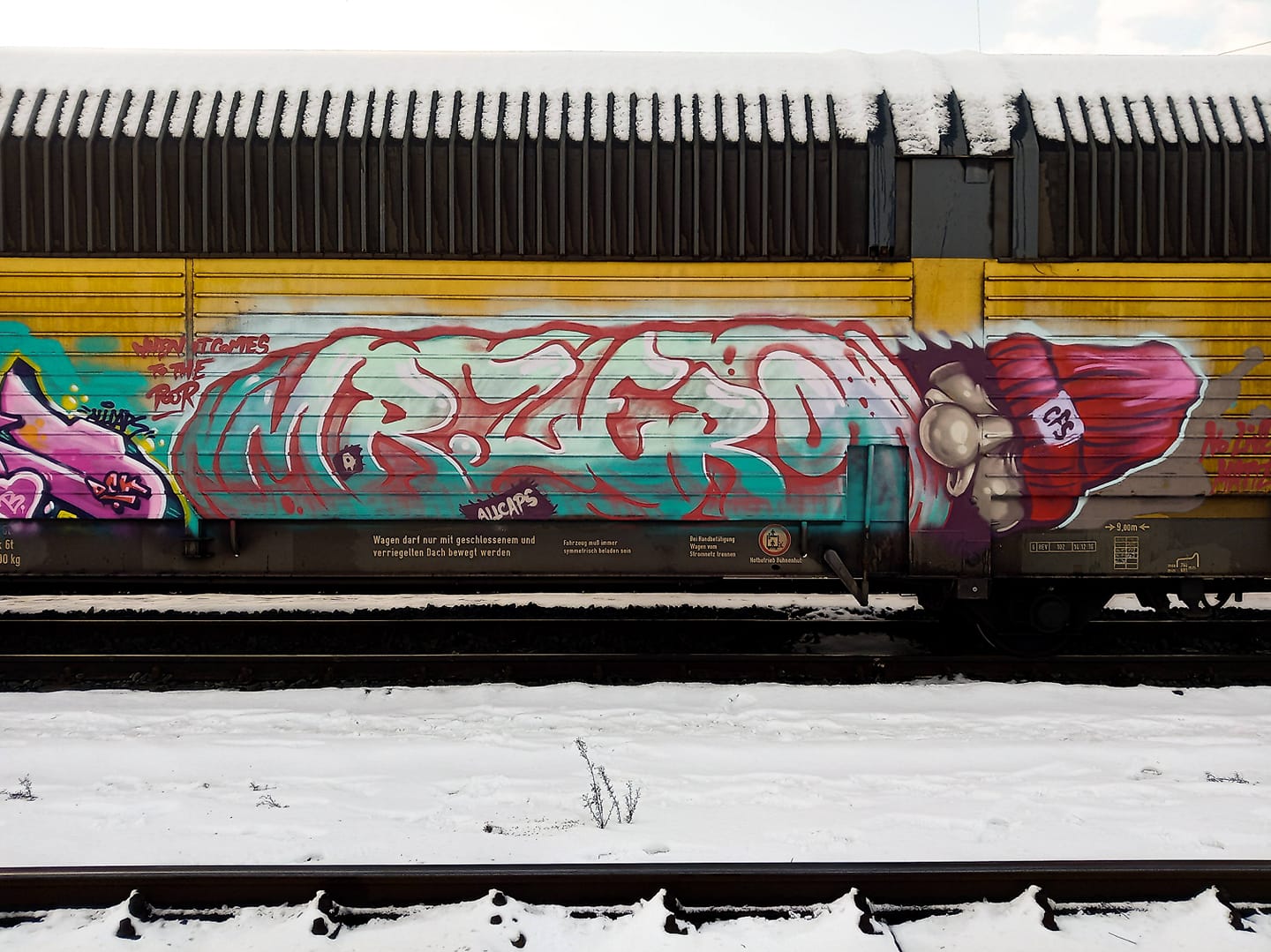 Gonna be fun to make large scale sculptures from my characters or make animations with them.

Mostly put some messages in my pieces. Sometimes just simply refer to a music track or lyric sometimes some social criticism.

– How long time does a piece of art work of yours usually survive for?

Depends on what kind of stuff it is. If it is a mural painted on a festival can stay there for ages but a graffiti piece painted on a legal wall just exists for a few hours maybe. 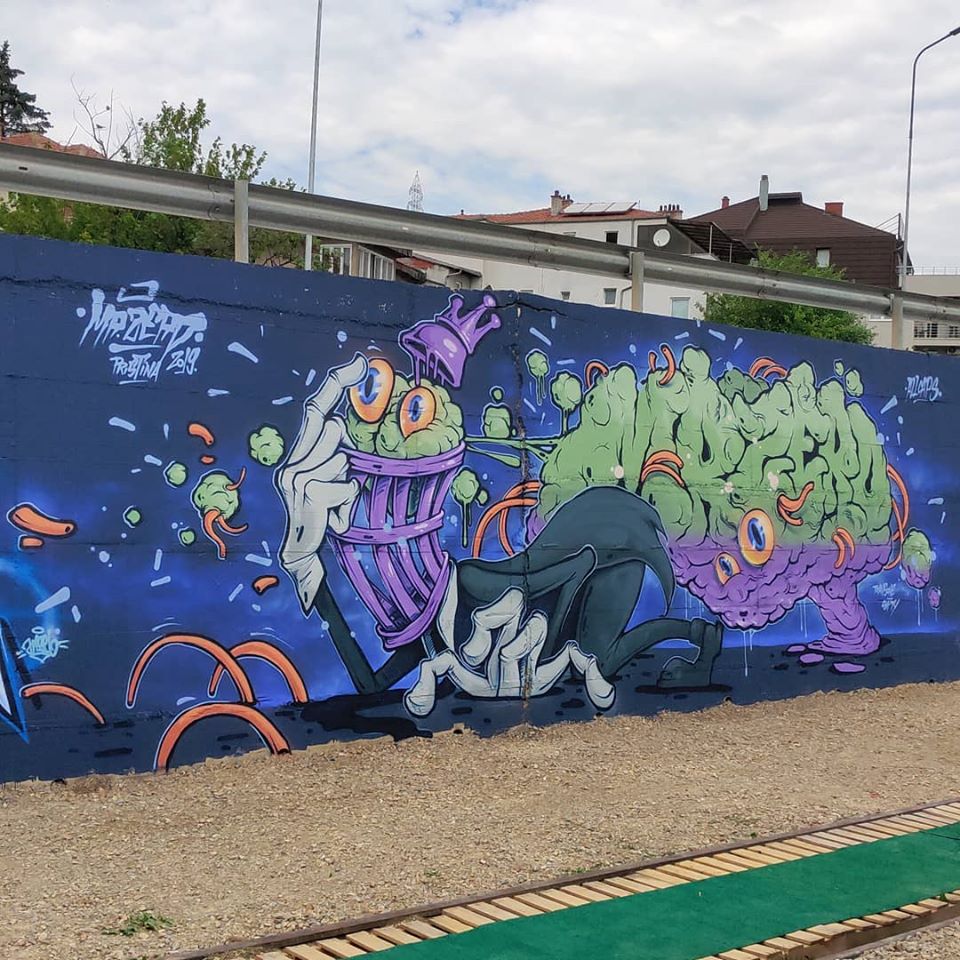 -What do people first think of, or feel, when they see one of your works on the street?

I don’t know maybe you should ask them. 🙂

If i tell it to you it won’t be a secret anymore…. 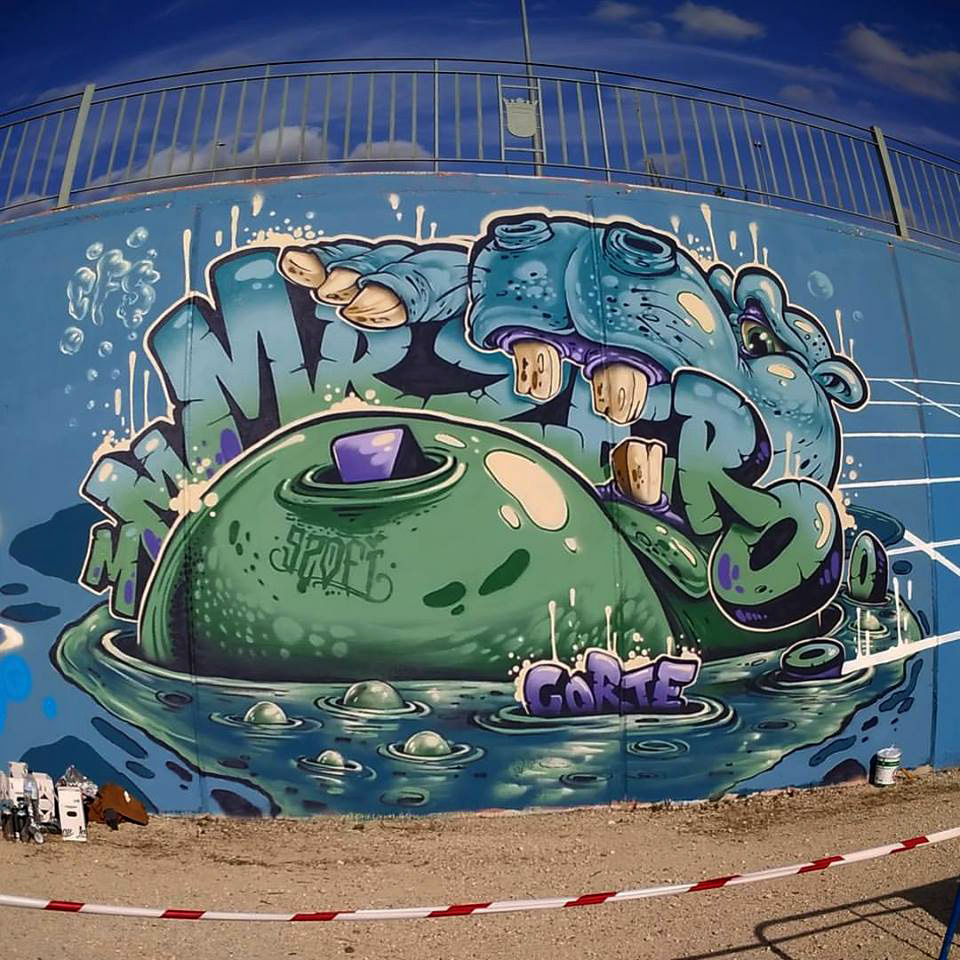 Balance is the key.

Thank you! It’s been great to get to know more about the mind and person behind such talented and inspiring works.
‘’I Support Street Art’’ team. 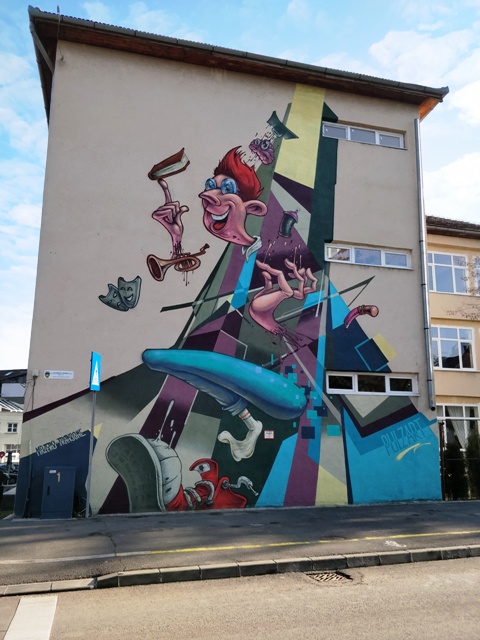 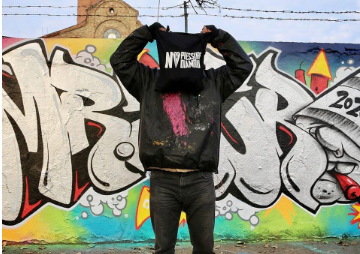