“I wish you could see it for real” 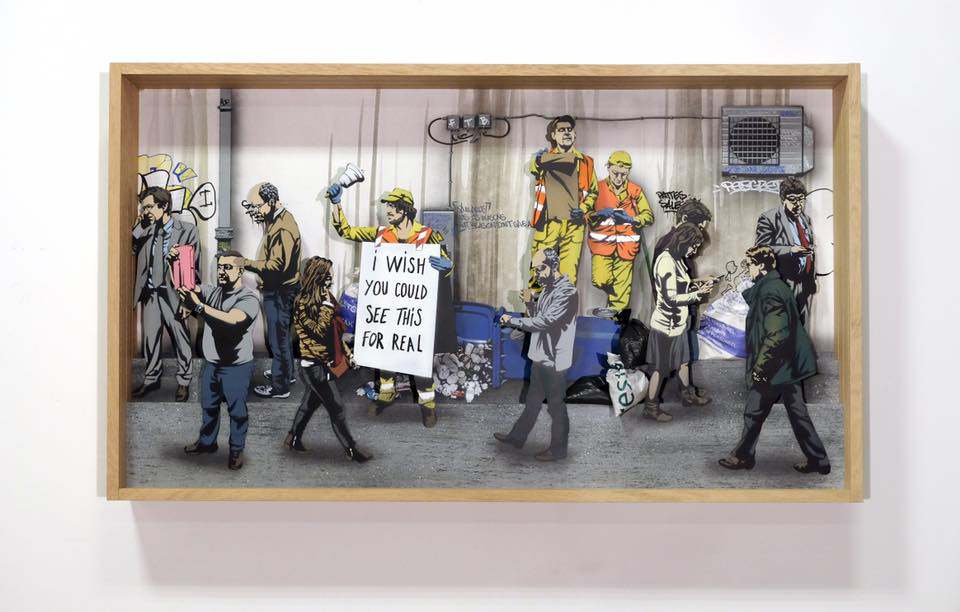 Jaune is a stencil artist and urban interventionist whose work is based on the paradox between the visible and the invisible. With sanitation workers as the main protagonists in his humorous installations and paintings – an idea that was born from his own experience working in the profession. Despite performing an important public service in garish yellow and fluorescent clothing, Jaune observed that he and his colleagues existed in the background of our urban environment, becoming almost invisible to the average person. 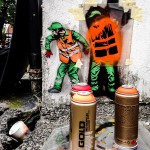 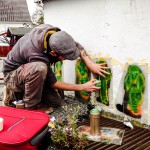 It was in 2011 that he decided to free these characters from their roles by symbolically placing them in ever more absurd and whimsical scenarios in and around the city streets. Those who were supposed to keep the world tidy have become forerunners of chaos. At the same time, Jaune encourages us re-evalaute our relationship with the individuals represented in his work.

One of the main characteristic of Jaune’s work is the tension of the moment. He represents daily situations trough funny elements, often focussing on the moment just before something dramatic is about to happen. Jaune’s work is attention grabbing and makes the viewer engage while questioning the relationship between the artwork and it’s environment. His images always carry a strong message, transparent or hidden, and indubitably, the starting positions of every interpretation are humour and whimsy.

The past year (2016) was a very successful year for Jaune. Exhibiting at a multitude of international Urban and Street Art festivals such as The Crystal Ship Festival in Oostende Belgium and Nuart Festival in Stavanger Norway. As well as many productive collaborations and mural commissions in Torino, Basel and Amsterdam. Starting the new year with the fresh and exciting solo exhibition ‘I wish you could see this for real!’ at Vroom and Varossieau, Jaune further establishes his name.