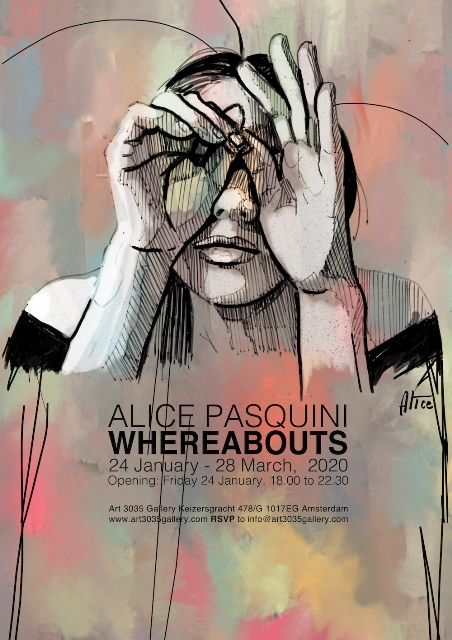 ART3035 Gallery Amsterdam is pleased to present Whereabouts an exhibition showcasing recent artworks by Alice Pasquini curated by Jacopo Gonzales. Internationally recognised, Alice Pasquini has established herself thanks to her ability to innovate the aesthetics of urban art and to engage her own personal trend focused mainly on introspection and emotion. 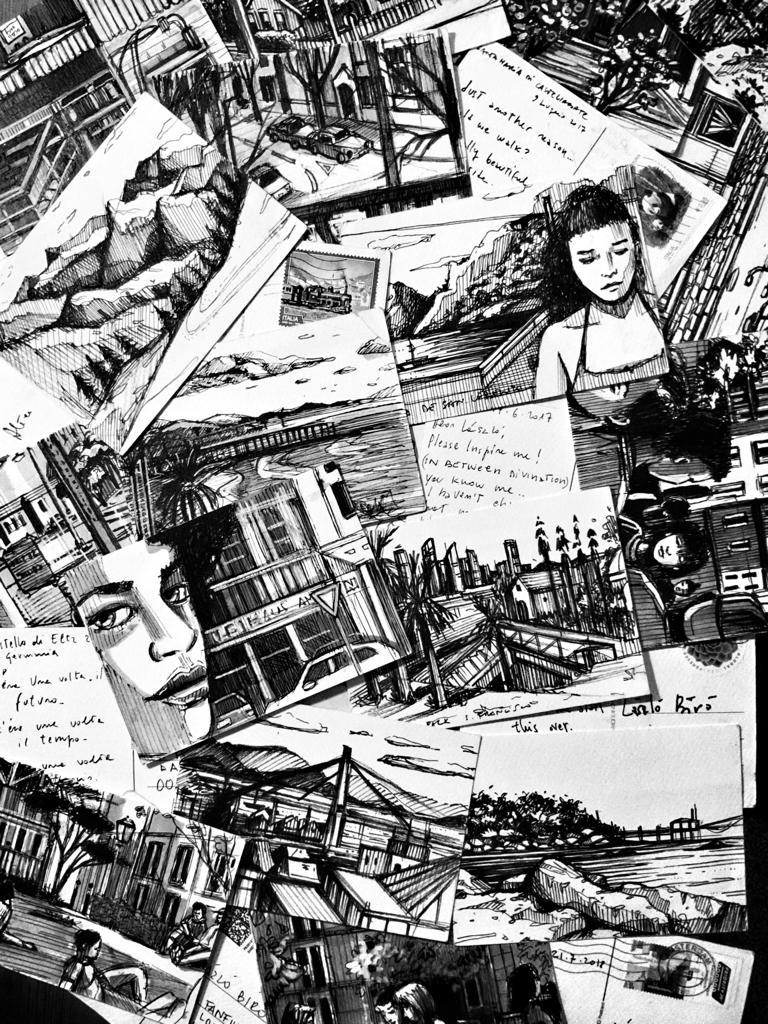 Structured on visual traces that create connections from the most remote corners of the world, Whereabouts is perhaps the most intimate exhibition of Alice Pasquini to date.

Over the course of three years, Alice took time to draw her own personal souvenirs as she traveled the world through the use of postcards sent to herself, which form the central core of the project. Each postcard becomes a tangible memory, a reminder of how her life has unfolded. From São Paulo to Berlin to New York City, each postcard is a way to preserve something tangible from her experience that does not end with the journey but rather is grafted onto her personal story to explore Alice’s continuous journey around the world. The exhibition also presents a cycle of geographical maps from the 1950s with which the artist dialogues, integrating her own style and transforming them into artistic territory.