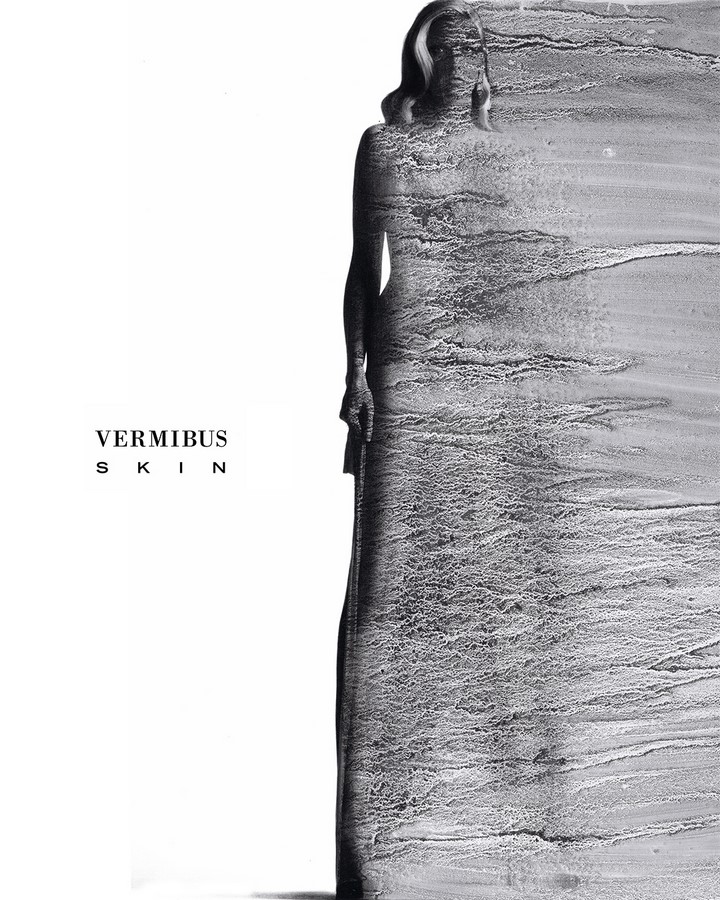 New solo show by Vermibus at Mazel Galerie . In his book “The Consumer Society”, Jean Baudrillard deals with the human body as the most beautiful consumer object.

He explains the relationship between the body and the consumer society and how that last one has replaced the “soul” by an object of salvation in its moral and ideological function.According to Baudrillard, as a consumer product, the human body is presented as an object that has to be invested, not only physically and psychologically, but also economically. Shaped by consumer society’s habits and stories, doing what the ideals of different social groups dictate, the human body intrinsically becomes a social indicator, a social status.

Once again, Vermibus uses that aesthetic and gives a new twist to his approach of that precious object. In his new solo show entitled “SKIN”, the viewer will be able to feel the visual reflection of the artist based on the theories of the French philosopher.

In 2018, Vermibus starts to work with a well known art conservator, Elena Gayo, to study the ways to improve his artistic process, and spot the degradations materials are inevitably subjected to through time. The investigation was organized in several stages with different key objectives: a series of interviews to Vermibus , some documentation about his technique and the used materials, the identification of the physical reaction of papers and inks, and  finally, the definition of guiding principles for preventive conservation. The research on the commercial solvent showed that it was carcinogenic, mutagenic, abrasive and neuro-toxic, and led the artist to find a new formula to produce a much less dangerous chemical and still achieve the same effects on the ads. After a whole year of endless tests and experiments with different chemicals, Vermibus found the correct proportions.

This new solvent gave molecular stability, standardized the process and drastically reduced the toxicity. It pushed the artist to discover some new ways of using the media, always more developing his personal technique.