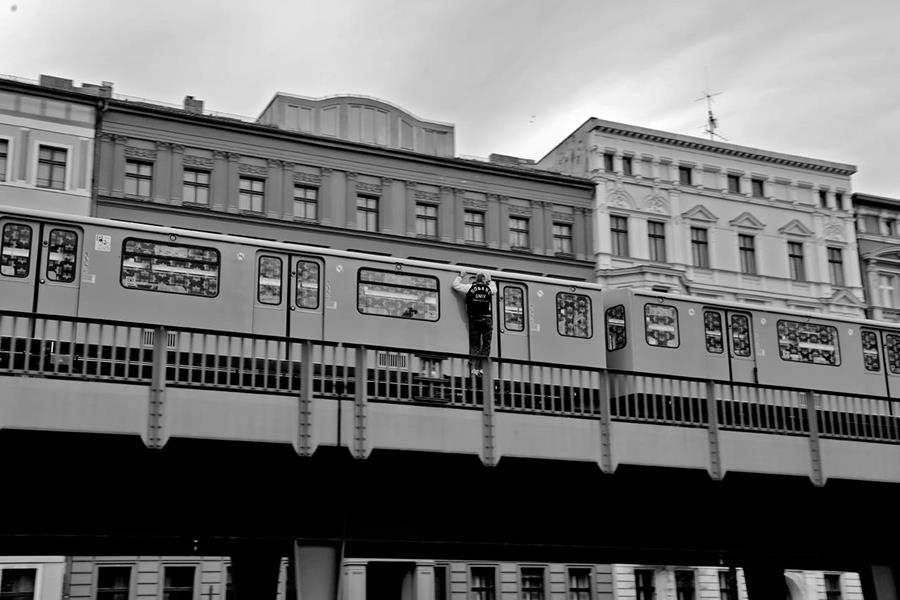 OPEN WALLS Gallery  presents  an exhibition of striking photographs by Thomas von Wittich that will take place in October 2016 as part of the European Month of Photography.

Trainsurfing. Graffiti. Parcour. The whole thing executed in disguise and in dizzying heights. Thomas von Wittich’s photo series about the notorious “Berlin Kidz“ feels like we’re watching something we actually should not be seeing. While the mainstream still tries to reduce the actual intentions behind these actions to pure show value, von Wittich’s impressive black and white imagery – that seem to comfortably locate itself between the work of Brassai and Martha Cooper – introduces one of the last real subcultures to us and carefully decodes once and for all that there is a lot more to discover than just risky stunts.