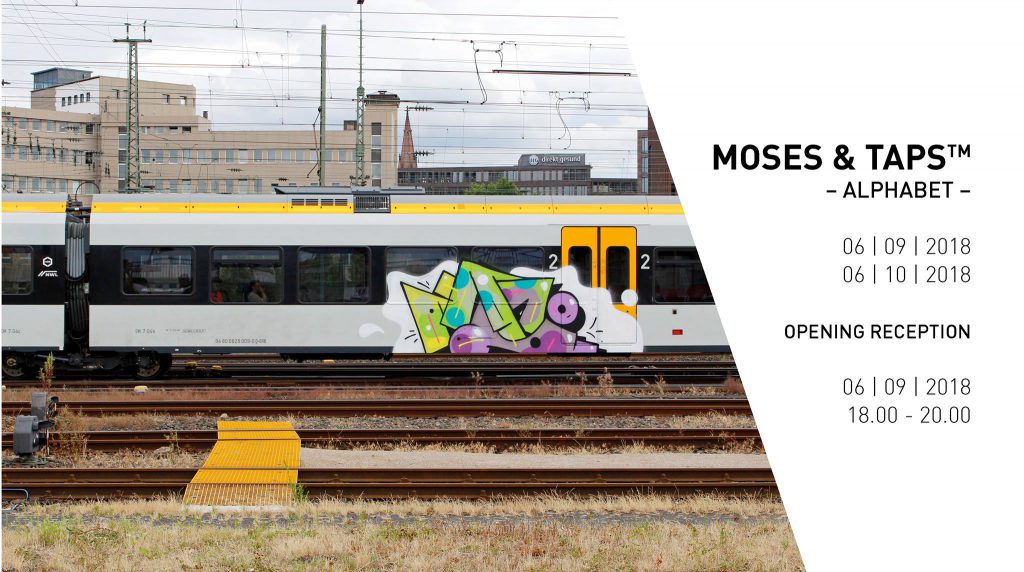 The artist collective MOSES & TAPS™ belongs to the rare artists of the graffiti and street art universe who have maintained their anonymity despite their numerous illegal actions and commercial success. ALPHABET™ is the title of their new exhibition at the Kolly Gallery .

Behind the rather generic title hides an original concept, which corresponds exactly to the creative style and narrative of the collective – conceptuality and originality. The collective regards the alphabet as a self-contained system of character codes that they strive to abstract. Just as graffiti created its own semiotics through its elementary urban codes and style writing, the artist collective create their own code, through their distinctive way of abstracting graffiti. Their artistic concept is constantly evolving like language, therefore: the persons who master the code of MOSES & TAPS™ are alphabets and those who do not understand it are illiterates.

The collective indirectly claim a lasting commitment from their target audience, which leads to understanding of their development and creative practice.
The exhibition will present art works from two iconic series IMAGE OF GRAFFITI and SCRATCHITI.