SUPAKITCH – ON MY WAVE HOME 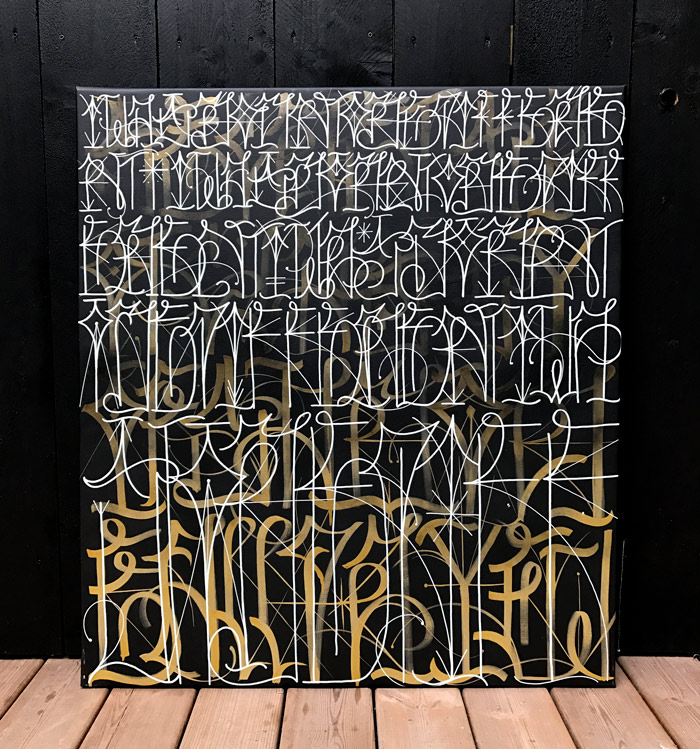 Born in 1978 in Paris. Lives in Paris and works in Paris, Biarritz, LA and NY.

Raised up with mangas and hip-hop culture, passionated by art and music since his childhood, SupaKitch found in the Street a large choice of mediums and sources of inspiration that flourish in his work. His first graffiti dates back to 1990. Around 1994, graffiti took a major place in his life : under the moniker “Ride”, he founded the HV crew with his friends. A year later, he meets Hazy (photographer and graffiti artist) and Eone (music producer and graffiti writer), which leads him to his first works combining various techniques (painting, photography and graphics) exploring the theme of music.

Not really aware that he could earn a living with his art, he became artistic director at the age of 21 and works for several advertising agencies from 1999. During this period he met his future wife Koralie, a student in architecture at that time, and an active street artist. She encouragedd him to present his first exhibitions in the early 2000s : this is the time when his name SupaKitch was born.

Thru the website ekosystem.org he discovered he is not alone in having a more open approach to graffiti, where one dares to mix various techniques in the street (spray, brushes and acrylic paint, collage, silkscreen, …). He’s the witness of the birth of a movement that is beginning to be called Street Art. SupaKitch starts to collaborate with brands such as Sixpack. The most interesting collaboration he did is probably the one with Carhartt and its “Tour D’Amour” in 2006. Brendan Monroe, Wayne Horse, Koralie and SupaKitch painted murals in some of the brand’s stores across Europe, in Dusseldorf, Copenhagen, Paris, San Sebastian and Lisbon.

SupaKitch is a complete artist brimming with ideas; he has created a universe with Asian influences, pop-romantic and musical, where anthropomorphic creatures such as the Supanimal, who looks like a red panda, a fox and a bird, are used as metaphors. SupaKitch composes graphic melodies and continues to explore the concept he’s named “Listen To My Picture”, by renewing the technique of circuit-board. Quite similar to etching, circuit-board symbolizes the beginning of progress in the field of electronics. This contrast of age, nostalgia and advanced technology is omnipresent in his work. Thus vinyl disc confronts printed circuit, painting a scenery of the current music industry like a real “DJ of images”. Another technique has been added to his skills when in 2009 SupaKitch met Caro, a renown tattoo artist, who introduced him to this technique. In 2010, he has been invited by DCSHOES and the Parisian tattoo salon BleuNoir to participate to the exhibition “Burning Ink” and to tattoo his own drawings himself on the people.

Opening Reception on January 19, from 6pm on.