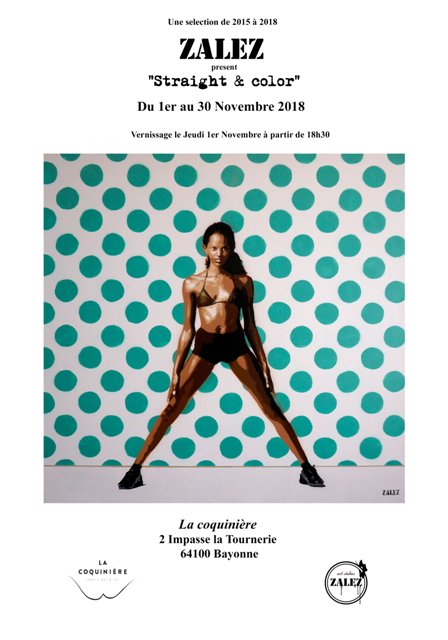 In this exhibition in partnership with the Coquinière you can discover works dating from 2015 to today, mainly in stencil, a tool of preference. You can discover Zalez last Artworks on vintage military camo canvas.
Begun in November, 2017, this series born from researches and from experiments around the camo from the 1940’s.

The various camo talking with the woman characters in each one can operate his own interpretation of it.
Every piece is thought according to the history and to the country of origin of the military canvas which makes composes it. 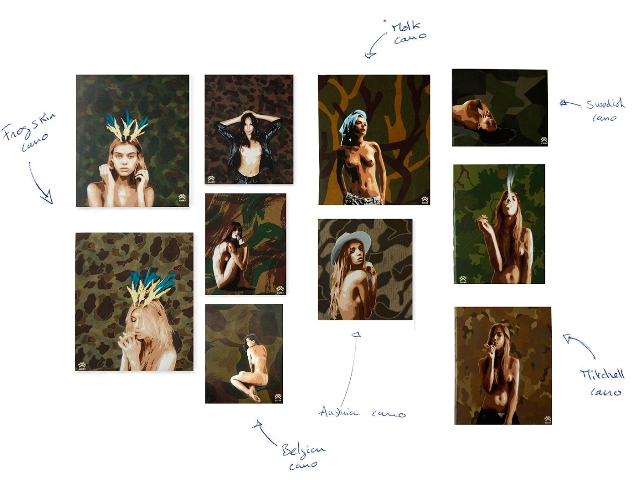 This series is constituted by US camo Frogskin and Mitchell but also, Austrian, French, Czech, Belgian and Swedish (the most recent with geometrical forms)