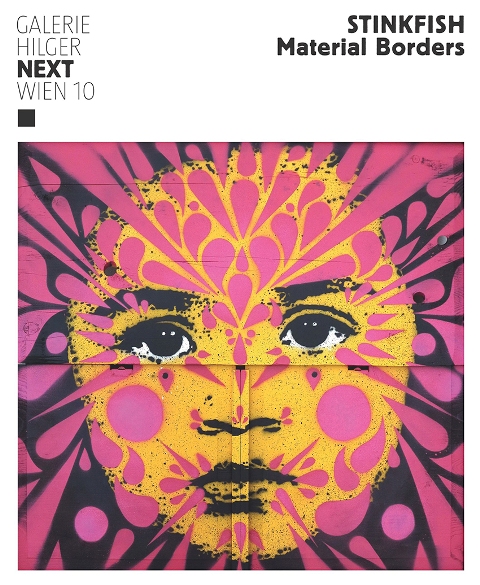 The borders we learn to read on a map are imaginary lines that tell stories of power and war. They are the reflection of a world in crisis, where walls and barbed wire divide not only landscapes but families, values, histories, and realities. The real borders – rivers, oceans, mountains, deserts – should be crossed freely without the need for checkpoints, passports, and above all without prejudices and suspicions, violence and discrimination.

Materials Borders is composed of a series of works that establish a parallel between those imaginary lines and the real borders – both of which cannot be crossed by all – by using portraits of anonymous people who were photographed in one place in the world and then painted in another distant location. A girl from Ho Chi Minh (Vietnam) in the mountains of Honduras; a mother from Shanghai (China), with her son in her arms, in an alley in Marseille (France); a small girl from Bogota (Colombia) in the streets of Puebla (Mexico); a Russian father in Moscow with his daughter on his shoulders on a building in Vienna (Austria).

Using salvaged objects – doors, windows, tables, lamps, traffic signs – found on the streets, in attics, and at second-hand stores, Stinkfish has created assemblages. The portraits, executed with stencils and freehand spray paint strokes, overlap the adjoining and intertwining material borders, crossing from one place to another.

Born in Mexico, but raised in Colombia, Stinkfish has been honing his skills on the streets of his hometown of Bogota since an early age. He first experimented with stencils in 2003 and has since perfected his own, unique style. His works, bursting with color, always have a stenciled portrait at their center. These portraits are taken from photos that the artist shoots during his travels around the world. They are faces that catch his eye, but not people he approaches or talks to. Found photographs – either discovered lying on the streets or bought at flea markets – are another source Stinkfish taps into. He fashions large-scale stencils based on these photographs, which are then amended by impromptu, colorful halos.

Defining his practice as graffiti, he expresses his ideas through murals, studio works, paste-ups, fanzines, and publications.

“The real borders are usually diffuse but the invented ones, on the other hand, are very clear.”