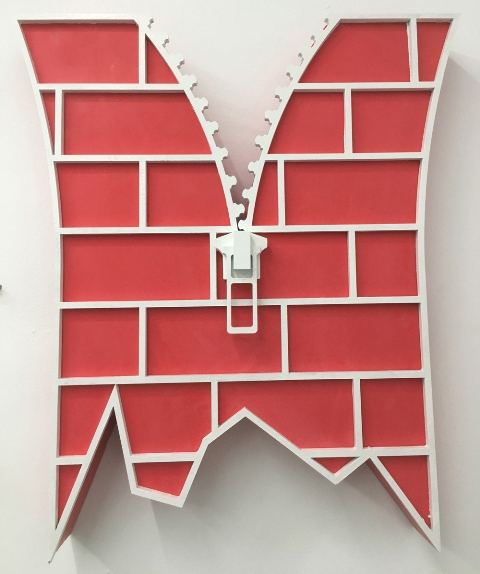 Strangeness, sensuality and irreverence. It is relatively easy to find these features in the exhibition Something New, Something Borrowed. The artists that compose it share the desire of their works not remaining anchored in the mere aesthetic satisfaction. Thus, they enter with lucidity and transgressive zeal in research fields that reach issues such as authorship, archives, memory and affections. 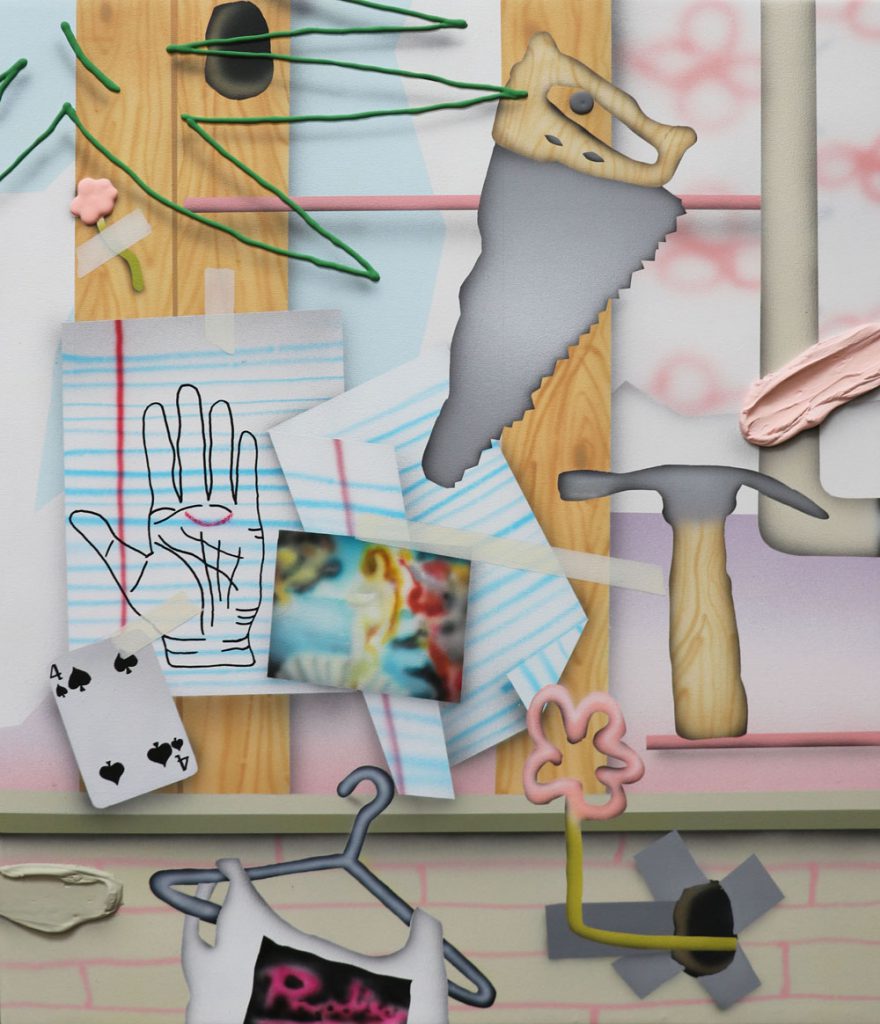 The work of Brandon Lipchik brings into dialogue very different ways of visualization. His starting point is the immeasurable flow of information of the virtual universe, which undergoes a careful process of selection and remixing. The artist modulates within the same basis images from the web, references to the history of art, elements drawn from the field of design and objects linked to their own domestic privacy. The hybridization between digital aesthetics and pictorial technique makes us question the nature of what we are looking at. In addition, behind the apparent compositional disorder of his paintings, Lipchik threads very subtle layers of meaning; among them, he proposes an inventory of fetishes typical of the queer culture, and that allows readers to read-at least those who move their gaze outside the normative-a fascinating diary of affections, bonds and desires.

The three-dimensional devices of Liam Fallon are recognizable and strange objects at the same time. The key to their understanding lies, therefore, in looking beyond appearances. Although his work is based on a process of sculpturing the everyday, his ultimate goal is to investigate the construction of silenced identities. Its brick walls function as a re-reading of Jean Genet’s medium-length film A Chant d’Amour (1950), where the force of a homoerotic desire, and consequently clandestine, was able to go through walls. The discourse of Fallon is articulated through artifacts that, despite their playful appearance and aesthetic close to pop, embody a poetic aspect of high emotional value. His works act as indicators of queer social spaces devastated by the hegemonic narratives. In this sense, a piece as simple as “Love Club”, a pink club, raises the urgency of unearthing those dissenting voices that history has left on the margins. 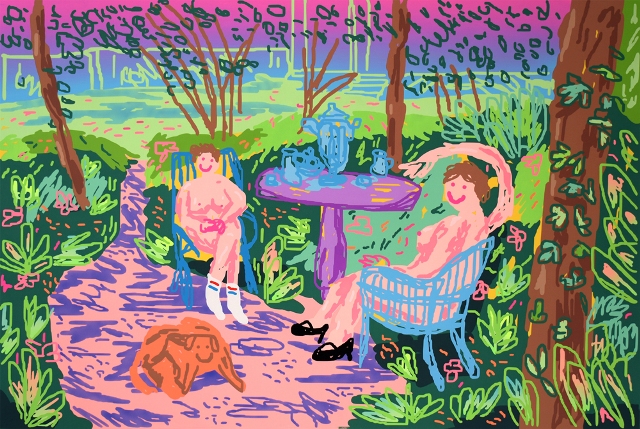 Finally, Philip Gerald’s paintings invite a strong smile: his figures seem to have been digitally elaborated through a precarious image editor. Both the disproportionate forms and the flatness of color refer to a naive creativity devoid of any convention. Some ways that are far from the usual discourses of painting. And precisely, in that distance lies its main attraction. The work of Philip Gerald not only vindicates the imperfect, the unfinished, the hilarious and the hooligan, but also projects these characteristics on emblematic scenes of the history of art. The result is not a merely irreverent or iconoclastic gesture; rather it is a timely visual translation into codes that, just a couple of decades ago, have invaded our collective and virtual imaginary.