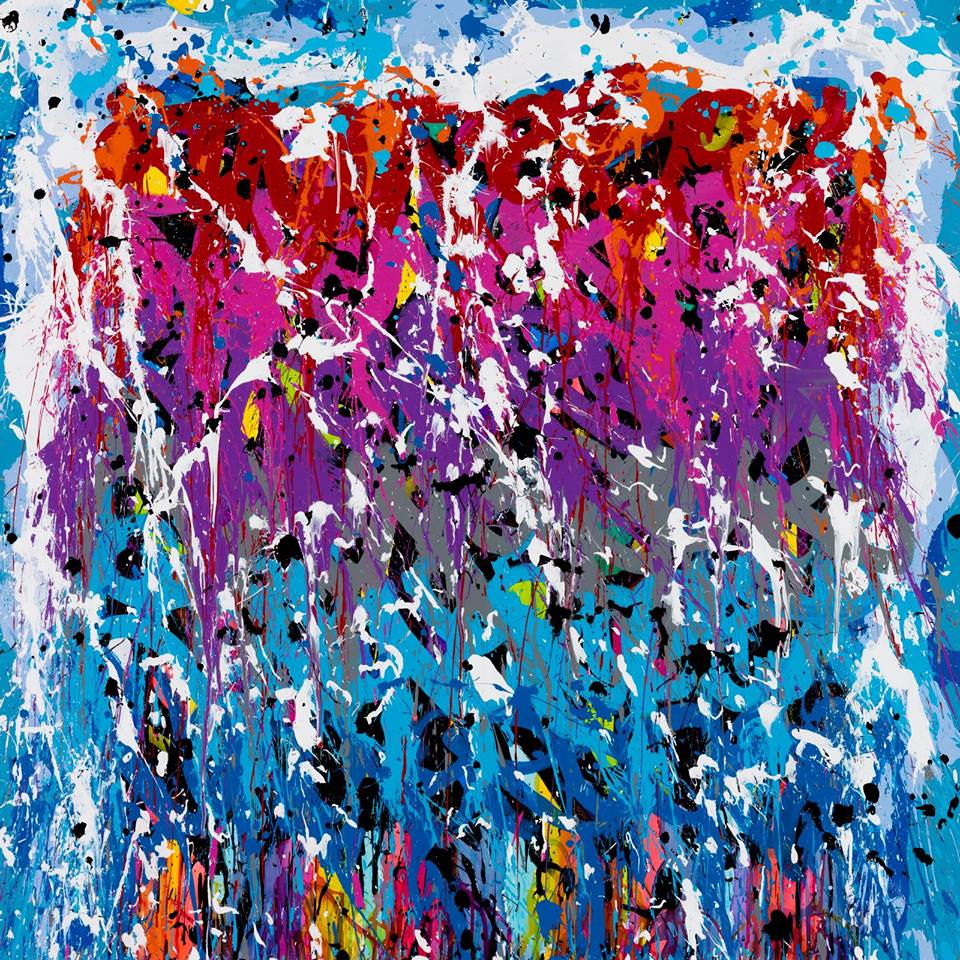 Born in 1963 in New York USA, lives and works in Paris France. John Andrew Perello, AKA JonOne/JonOne156, founded the 156 All Starz group in 1984 in New York. At the age of 17, he began working in the world of graffiti with his childhood friend White Man.

JonOne first began painting on the New York Subway trains. He soon made a name for his style and created abstract works influenced by movement, color and the energy of the city. His style sets him apart from others as, at that time, the majority of other graffiti writers were working in more figurative styles.

In 1985, with the desire to, one day, leave behind a trace that would resist the test of time. In the same year, the Rick Librizzi Gallery exposed JonOne’s work for the first time.

In 1987, JonOne moved to Paris following the invitation from a good friend, Bando, and soon found out that it would become his ‘new home’ and a place where he could pursue personal enrichment.

In 1990, JonOne was introduced to Cornette de Saint Cyr and, as a result, was invited to work at the legendary ‘Hôpital Ephémère’ – a squat in Hôpital Bretonneau. There, he met, and soon became close friends with, other artists such as Sharp, Ash, Jayone, Skki, and A-One.

In 1990, JonOne made his first solo show entitled GRAFFITISM at the 45 Gleditsch Gallery in Berlin, Germany.

Since then, JonOne has exposed his works in a wide range of solo and group exhibitions around the world, from Tokyo to Monaco, as well as in Paris, Geneva, New York, Hong Kong, Brussels and Moscow.

JonOne’s work explodes with energy and colors; the artist himself sees his art as ‘abstract expressionist graffiti’.