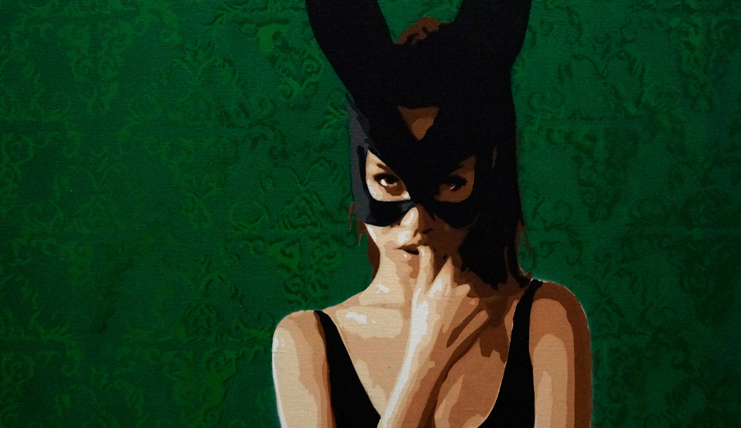 Anne & Just Jaeckin gallery presents a retrospective by the famous stenciler ZALEZ, originals artworks since  2010 to 2015 .

The show features original unique paintings, rarely shown The Work of Zalez is concentrate around the identity of the woman into which he transposes a voluntarily provocating message. What seems in priori shocking and controversial show the originality of the artist. The nudity of the subject in positions sometimes.

» The nudity gives to smile, but it also shocks, it so keeps its power of attraction and curiosity. Even more when it shows in public space « , express of the artist.
Putting its Work in a paradox between the classicism, the drawing and the approach of the Nude, and the contemporary urban design from which he draws techniques and modern denunciations, Zalez delivers us of pleasant provocations. A subtle balance between a classic esthetics and a reactive aim. Where the women take back full ownership of their body, the object in the object makes expanding of message, conveys a choice, a take part voluntary and not undergone by the public.

More about the artist: http://zalez.fr/