Solo Exhibition “A matter of time” by JANA & JS 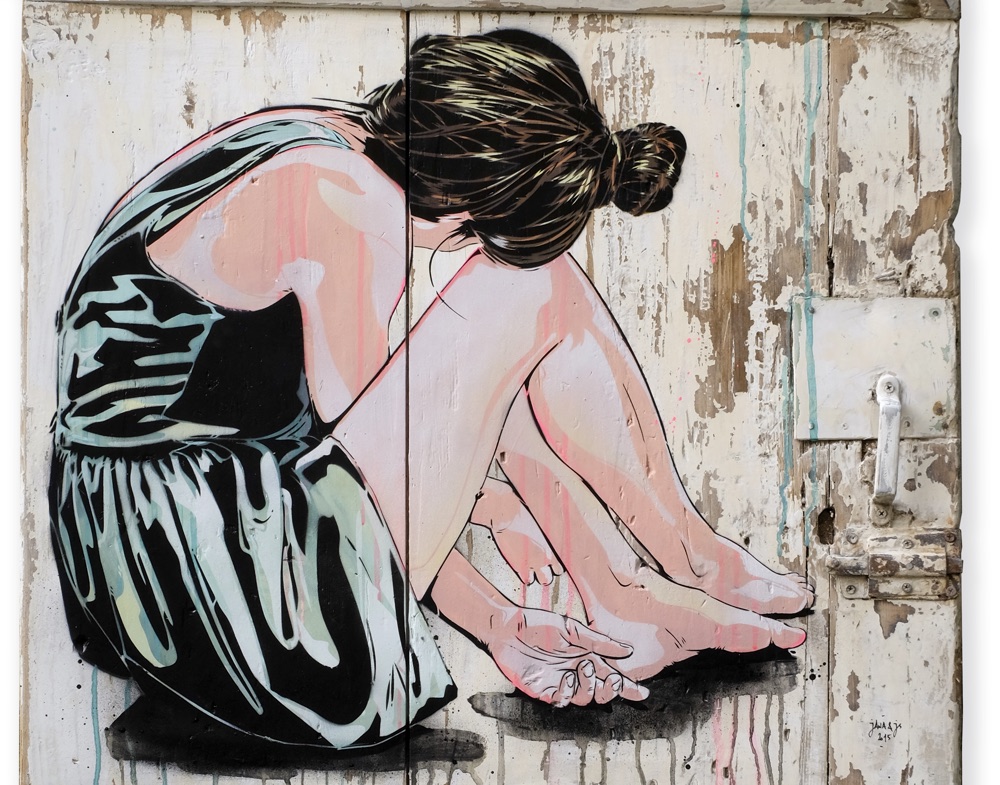 After several participations in the collective show “STENCILS ONLY“ at Pretty Portal over the last years it was time to have the Austro-french artist couple JANA & JS for a solo show in the gallery. In the exhibition “Matter of Time” Jana & JS show a new series of works that have been painted this year.

In fact, the images of Jana & Js are a snapshot in time. The sharp outlines in their work and the clean shapes created by the use of stencil, evoke the impression that the the portrayed characters in JANA&JS´s work act like a stop in time. As the knife cuts the stencils, the imagery of the artist couple slightly cuts out pieces from the flow of time and keep it fixed for detailed consideration. These so captured moments are closely linked to feelings that play a strong role in Jana & JS’s work.

Many of the works are painted on old found objects. These support the effect of the artworks, where transience and the after-effects of lived experiences resonate. With the objects, which originate in urban areas, the artist couple link their paintings with the urban surrounding. Likewise JANA&JS place their art as an intervention in the urban space, they intertwine urbanity in their works for the gallery space. During the exhibition period Jana & JS and Pretty Portal the gallery is going to publish a limited stencil edition.

Jana & Js´s work can be found both in urban surroundings as well as in closed rooms. Inspired by the city and its architecture in the course of time, as well as by the residents and the viewers, they spray urban landscapes, portraits and details of architectures with a play of reflections and transparencies.

n their paintings they work with situations of people in the habitat city. Before close tightly packed architectural landscapes they show individuals that act on the one hand lost and isolated, but also searching, longing and hopeful. Using a special stencil-technique (after Artiste Ouvrier -together in collective WCA), they work exclusively with their own photographies. In addition to painting, the artist couple also made sculptures out of wood and metal. Complex nested facade elements to which they paint reminiscent of residential honeycomb house fronts. After many years of stays in Madrid and Paris, Jana & Js now live and work in Austria, Salzburg.