“Calligraffiti” is a portmanteau word which combines the art of calligraphy with elements of graffiti. It is a non-classical calligraphic discipline, modeled by the street, the parallel practice of graffiti, and by geography. Coined by Niels “Shoe” Meulman, the genre has a worldwide reach and has been over the years one of the favorite art forms exhibited at Urban Spree. 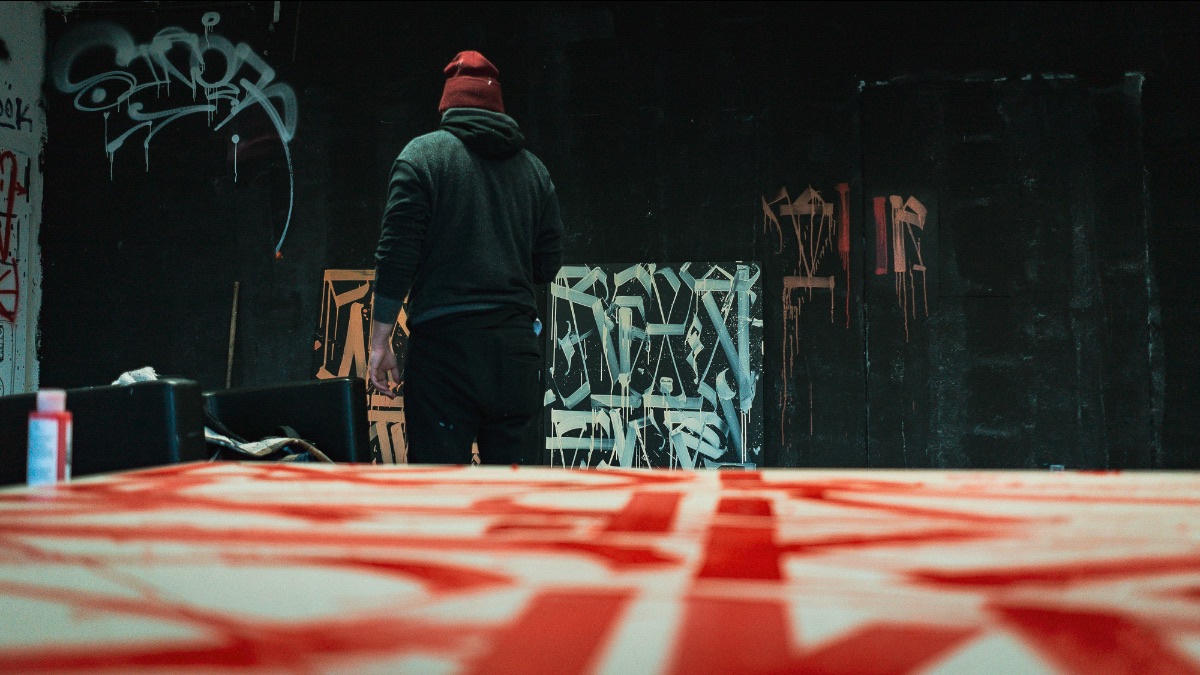 “Explorations” is the outcome of several working sessions at Urban Spree Berlin in January, February, and June 2020, interspersed with intense studio time in Krakow during the lockdown, resulting in an unexpected dialogue in time and space.

For this 6-month residency, Sicoer has conducted extensive research and experiments about form and flow, perfecting structure, balance, colors, texture, free flow and ultimately stripping down his technique to the simplest expression of a single brushstroke, a distillation of years of lettering practice.

Sicoer has built over time elements of an abstracted language, an ever-morphing alphabet derived from the old Slavic scriptures, rooted in the Eastern part of Europe and universal at the same time.

“Explorations” is the outcome of a spiritual journey through letters.

Sicoer is a calligraffiti painter based in Krakow, Poland, well known for his vandal graffiti as well as his handstyle studio works. Having started graffiti in 1998 and still active nowadays, Sicoer created in parallel a studio practice based on the combination of letters, geometric compositions, flow and a specific use of color range. Relentlessly exploring, Sicoer turned recently his graphic experiments towards even more calligraffitic abstraction.